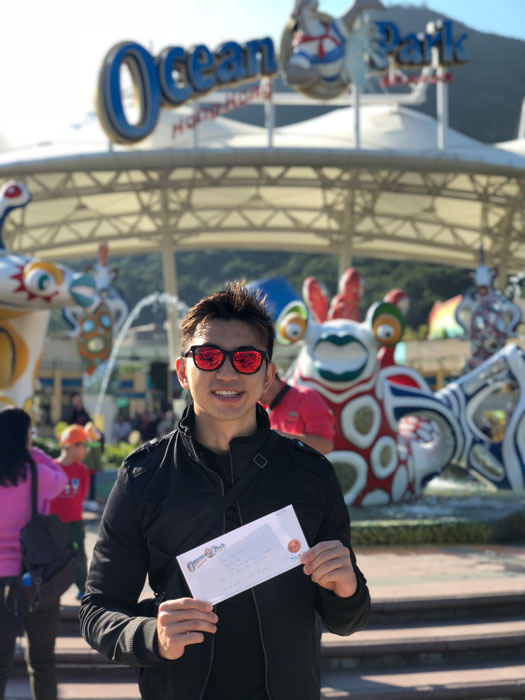 If you have ever watched any Hong Kong TV Drama in your life, you would have definitely heard of Ocean Park (海洋公园). Opened since 1977, Ocean Park today is one of the largest Theme Parks in Asia and attracts approximately 7.7 million visitors to their park every year.

While Ocean Park is mostly known to the public as just a theme park which is famous for their coasters and rides, in actual fact, Ocean Park is so much more than that. They are deeply rooted in conservation efforts and a trip to Ocean Park is going to be a full day activity for the entire family.

Upon reaching, the building that instantly catches your eye is it’s grand aquarium. The grand aquarium takes you through 4 levels of gallery and sea exhibits that ranges from sea horses and jelly fishes to sharks and octopuses. The kids would also be able to get a bit more hands on at the “shore” zone, where they would be able to touch sea creatures such as the starfish. Get amazed by their wide variety of sea creatures viewed from their angled viewing panels at the reef tunnel before ending the aquarium portion with their 13m wide acrylic viewing gallery. The Grand Aquarium’s collection of close to 5000 different fishes from 400 different species alone, would have already been worth a full priced ticket on it’s own in other countries and aquariums. 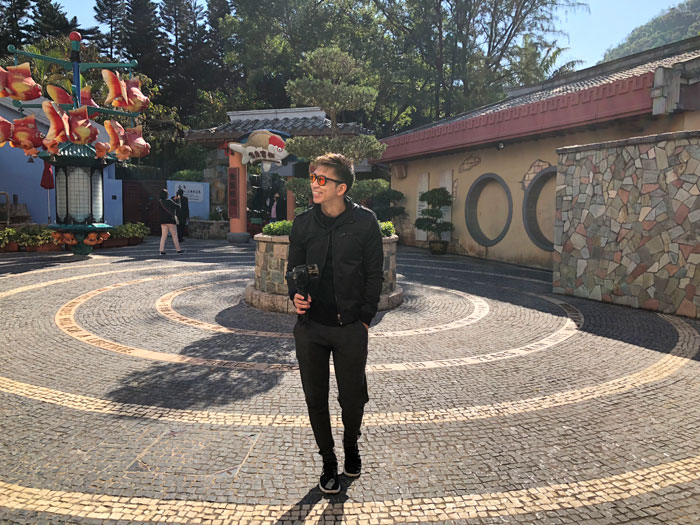 Aside from Sea Creatures, Ocean Park also houses some of the rarest animals in Asia such as collection of different Goldfishes from Asia, Red Pandas, Giant Pandas, Gators, Penguins, Sea Lions and their latest exhibits, the Arctic Fox and Shark Mystique, which showcases close to 100 sharks and rays. What is not known to many visitors is that Ocean Park Hong Kong also offers unique up and close experience with these animals. From meeting Penguins, Dolphins and sea lions , to being an Honorary Panda Keeper for the day, Ocean Park offers so much more than just a “Zoo” type of experience. Click here to find out more about the different animal experiences they offer. 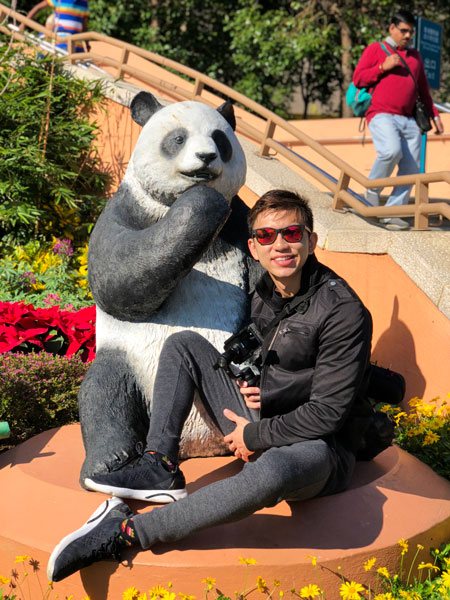 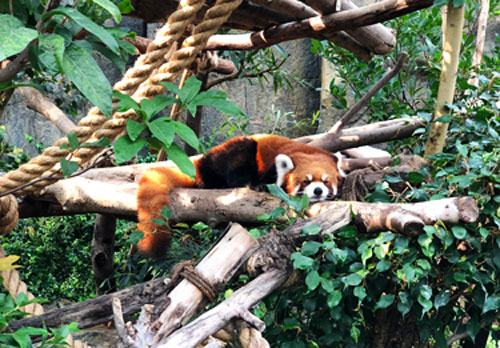 Still on the topic of Animals, Ocean park also offers animal exhibit shows amongst other types of shows such as the Symbio (360 degress water screening shows). The most popular animal show would have to be the one at their famous Ocean Theatre. There they have daily shows that features dolphins and sea lions, and walks viewers through the importance of recycling and protecting our seas. The theatre also overlooks the South China Sea for an experience like no other. Again, their animal exhibits and shows would have cost you a full priced zoo ticket at other countries in the world. 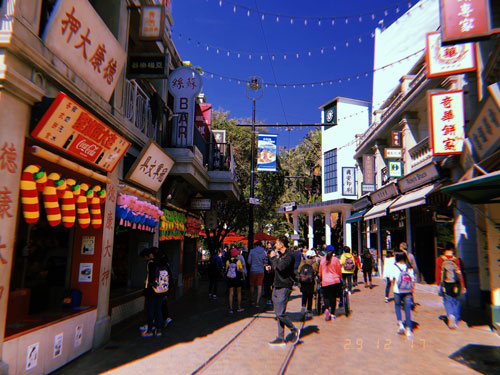 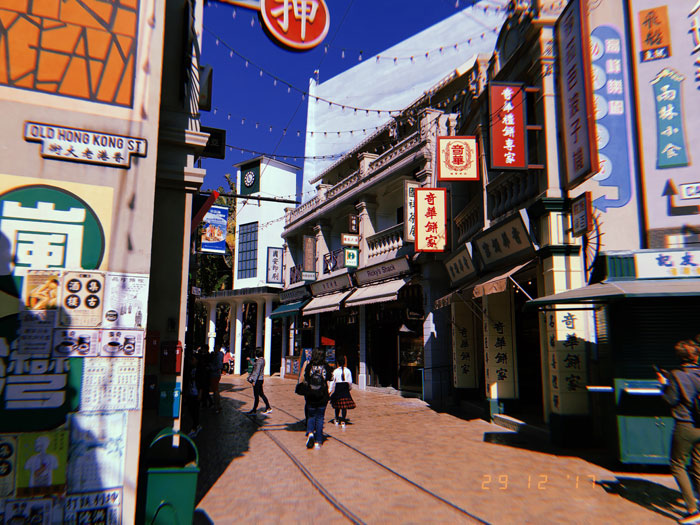 Looking for an instagram worthy spot? Ocean Park has you covered as well. Their Old Hong Kong area features a street that is very well thought through. It is designed in a way to replicate the life of Hong Kong back in the 80s/90s. Take picture, have some food and you can even take part in their Retro Carnival Games before taking their FREE Cable Car up and down the summit. The cable car ride in total is appx around 3~4mins and goes along the coastline which gives you a stunning view of the sea, land and surrounding hills. 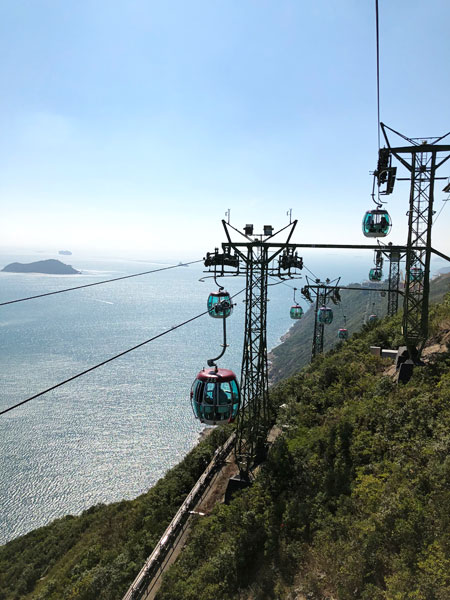 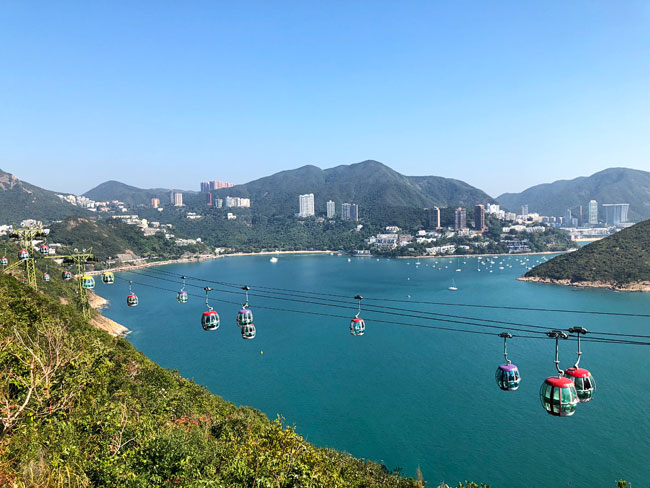 We of course couldnt talk about Ocean Park without mentioning about their rides, coasters and attractions. For the thriller seekers, Ocean Park has rides and coasters catered to different excitement appetite. From the easy ones such as to the Arctic Blast to rides that go high into the sky such as the Eagle, the Flying Swing, the Abyss and their Viking Ship, Ocean Park has it all. But for the adventurous, you can probably head straight for their Hair Raiser and Mine Train. 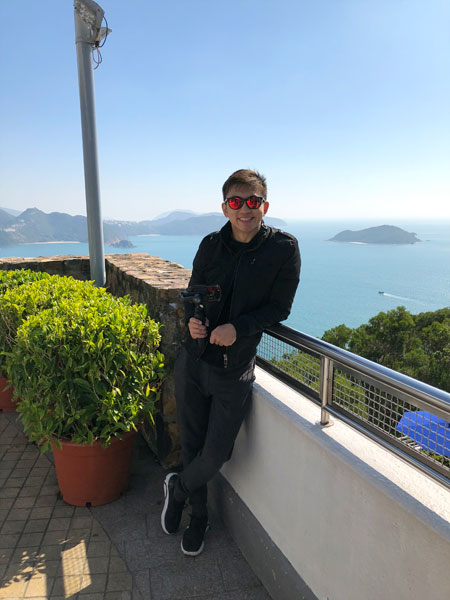 The Hair raiser is one of my personal favourite theme park rides around the world. Despite climbing to what I can only presume to be appx 3 stories high before plunging you down and spinning you around 360 degrees above the South China Sea, Hair Raiser honestly wasnt even that scary. Perhaps it’s because the seat is tightly secured down or that it plunges down at an angle, but the fun meter is definitely higher than the scare meter for this ride. Ignoring it’s name of “Hair Raiser”, most visitors walk away from this ride with a huge smile on their face.

Their Mine Train was initially just like any other Mine Trains in other theme parks, but it just recently got a huge upgrade. By introducing augmented reality via Samsung Gear, Ocean Park’s Mine Train is the first-ever virtual reality (VR) rollercoaster in Hong Kong that is set to deliver a brand new, exciting sensory experience. The hyper-realistic world of virtual reality will take riders on a breathtaking journey – through a rainforest canopy, along wild rivers, into the ocean and come face-to-face with animals living in the rich biodiversity of the Amazon rainforest – while experiencing the sensations of high speed and centrifugal force as the train rockets over the ups and downs along the tracks

Once you are done with the rides and start feeling hungry, fret not, cause food is never too far away in Ocean Park. One would probably never expect to be able to have fine dining in a theme park, but you can at Ocean park. Situated beside the Grand Aquarium’s giant viewing panel, Neptune Restaurant offers panoramic undersea view as fishes swim in the backdrop as you dine. If fishes arent your thing and you prefer birds, head over to Tuxedo Restaurant instead. It is the world’s first theme park restaurant offering views of
penguins swimming in their exhibit as you dine. If you would just like to have a regular meal, there are also several other cafes and dining options around the park that you would inadvertently chance upon as you explore the park.

The price for general ticket admission to it’s aquarium, theme park and animal exhibits are as such:
Adults HK$480
Child (Aged 3~11) HK$240

Ocean Park Getting there

Years ago when our Singapore Food Blog & Travel Blog first went to Ocean Park. You would have to take the MTR and change to another bus for another 20mins ride just to get here. Things have however changed quite a bit since. Now, Ocean Park has it’s own MTR station that reaches the entrance directly.

The Park’s opening hours are generally between 10am to 6pm. However timings do change depending on season and events etc. So do check their website for the most updated operating hours.