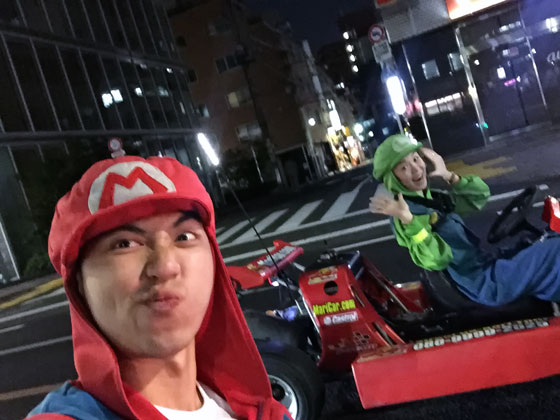 Tokyo, and Japan in general, is one of our favourite countries on earth. In our opinion, it is one of the most beautiful cities in the world with so much to see, do and eat. Our Singapore food blog and travel blog personally make it a point to head to Japan at least once every single year. But while there’s so much to do in Tokyo, none of them comes quite as close as getting to drive an actual Mario kart down the streets of Shibuya.

For a truly unique experience the next time you head to Tokyo, how about driving an actual real life Mario Go Kart down Tokyo’s streets and even go pass some of the landmarks such as the famous Shibuya Crossing where they shot 2 Fast 2 Furious.

Maricar: How to Drive a Mario Go Kart in Tokyo

We’ve seen these Mario Go Karts around the streets of Tokyo ever since our first few trips to Japan. We just always thought that we chanced upon an event or a parade; never did we realize that it was an actual activity that members of the public like us could do. But unlike most other activities where you can decide to do on the spot, driving a Go Kart in Tokyo would need some pre planning. 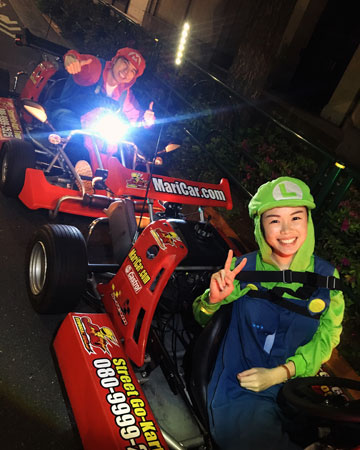 Step 1) Get/Ensure that you have a Driving License

The first thing to note is that this isn’t a “fun activity” that is catered to all ages. As it does involve driving on actual roads in Japan, participants need to be of legal and have a valid driving license.

Step 2) Convert your license into an International Driving Permit

Your local license would not be sufficient and you would also need for it to be valid in Japan.

For Singaporeans, you can apply for your International Driving Permit from the Automobile Association of Singapore. It will cost you approximately SG$20 and you can apply for it online and get it within 10 days, or head down to either their Kallang or Ang Mo Kio counters to have it done on the spot.

Step 3) Make your Booking with Maricar

With your international permit with you, make your way to the place at least 10mins earlier to settle your payment and have an idea of what you would want to dress up as.

Choose from their wide array of onesies ranging from Pokemon to Donkey Kong etc. The most popular ones are obviously the Mario and Luigi series. You can even rent a GoPro from the counter if you would like to document your trip.

Before you actually get on the road, they would also require you to attend a short tutorial by one of the staff members on how to operate the Mario Kart itself. Operating the go kart is fairly simple, it’s a simple one gear drive that would permanently be in the forward position throughout your drive. You would just need to learn how to start the engines and the basic controls such as signal lights etc would also need a little getting used to. Also be sure to keep your driving permits with you throughout the entire experience. You do not have to worry about routes as they would be attaching a guide to each group and all you have to do is follow him/her around. 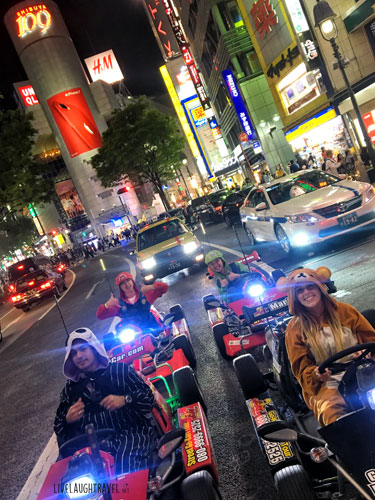 Driving a Mario Kart in Tokyo is one of the things that you know you would want to do it the moment you see someone else driving one. Cause honestly, where else in the world can you actually do this? Even Wolverine Hugh Jackman was famously amused when he saw Mario Karts on the street when he was in Tokyo.

Maricar Mario Karts is catered for the wacky few who don’t mind letting their hair down and allowing themselves to indulged in some real fun.

Personally, probably also cause we had to pre plan the Maricar portion and do up our international driving permit etc, there was a build up to the whole event and it was one of our key highlights during our this particular trip.

Honestly thou, 20mins into the Mario Kart drive, you would realize that driving a Go Kart is not much different from driving any other vehicle back at home. Other than the roaring engine, the wind in your face and being much lower, it can be quite mundane especially for regular drivers.

The real fun of this whole experience actually comes from the dressing up portion where passerbys (even locals) would wave to you on the street. Most would smile and some even whipped their cameras out to take photos as we zoomed past them. In a Super Mario kinda way, we did felt like we were celebrities for a day. 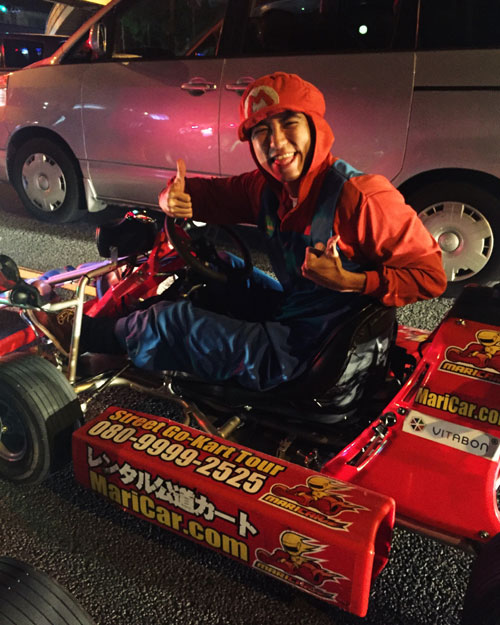 So the question is, then would we do it again? Probably not. But would we recommend our friends and family to do it? Most Definitely!

We think that this whole experience is one of those once in a lifetime experience that you probably can’t do it anywhere else on earth. For starters, one probably wouldn’t even get a chance to drive in Tokyo for no apparent reason, and much less in a go kart. But if you are expecting the Kart itself to blow your mind, it probably won’t because driving a Mario kart at the end of the day is just the same as driving anything else.

Getting to drive past key landmarks such as Shibuya crossing was pretty cool, but the entire experience however, is only as fun as you want to make it to be. So go silly, get whacky, dress up in crazy costumes (it doesn’t even have to match), scream, wave to passerbys and walk away with pictures that you can proudly use to tell people that you have been there and done that. 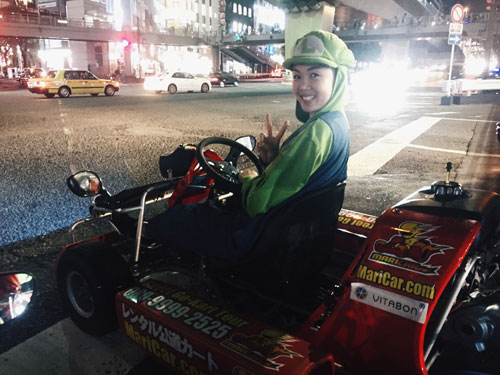 On the same vein though, do note that things such as trying to driving your Mario Kart into a shopping mall, taking picture while driving or leaving things such as banana peels on the road is strictly prohibited.

Driving a Mario Kart on public street, where else can you do something like that? You really only live once, so go crazy and get adventurous for once! Share this article with your friends and family cause if there’s one thing cooler than getting funky in a onesie, is doing it with a bunch of your closest friends, family and/or partner!