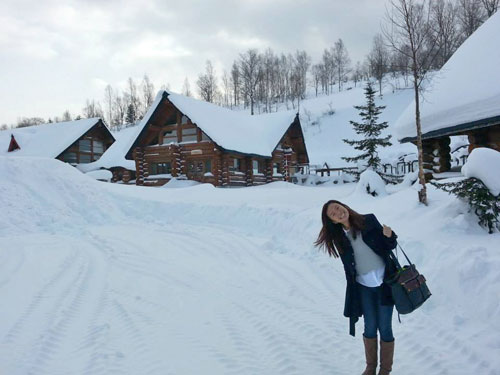 Hokkaido is an island sitting in the northern part of Japan. It has long winters and short summers, unlike the rest of japan. It is one of our Singapore Travel Blog‘s favorite winter holiday to-go place, and it is easily accessible via different mode of transport. During non-peak season, you can book a budget airline ticket and fly into Chitose Airport in just less than S$100. While during the peak seasons, budget carriers do not operate and fly into Hokkaido, the cheapest alternative would be taking the Shinkansen (Bullet Train) up into Hakodate (considering if you have the JR pass for tourists you’d be going up to Hokkaido via Shinkansen at a steal), and changing trains till you reach Sapporo. But don’t say I didn’t warn you, its gonna be a long 10 hours trip up north, but I assure you it’ll be worth it.

Central Hokkaido is separated into 5 areas. Mainly, Sapporo, Niseko, Toyako, Urakawa and Takikawa. As our travel blog has been there a couple of times ourselves, we’ve mainly explored Sapporo and Niseko (only because Niseko has the best powder in Asia and we love snowboarding!)

You can choose to head back to the airport and take a direct airport bus all the way to the Hirafu Welcome Center in Niseko, or take a JR train from Sapporo station to Niseko Station. Both modes of transport take approximately 2 hours or so to reach Niseko.

Like I said, ask anyone who skis or snowboards and they’ll most probably tell you that Niseko has one of the best powders anywhere in Asia. When you fall, it is almost like falling into fluff, and that’s more than what we can say for some of the other ski/snowboarding resorts in Asia. 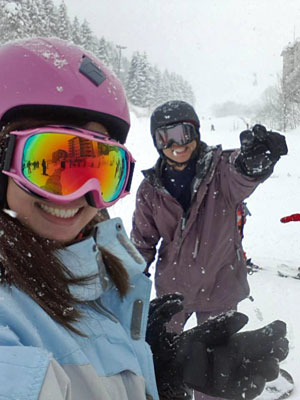 Like all ski resorts, there are various types of ski passes. If you’re new to this we’d advise you to take a 1 or 3 days pass and try it out for fun. But if you’re a pro at it, all the ski resorts in Niseko offers up to 7 days pass as well. There are 3 main ski resorts (1) Grand Hirafu, (2) Niseko Village and (3) Annupuri, and they are joined together at the top of the mountain and you can have access to ski in all of them if you purchase the Niseko All Mountain Pass.

We would also recommend renting other equipment such as gloves, jacket, pants, helmet, googles etc from there (usually available in a package) if the ones you have on weren’t meant for winter. While basic jacket and gloves do get by when you are shopping as you head in and out of malls which has radiators, it is very different when you are skiing/snowboarding and have the wind/snow constantly blow at you. Renting your equipment also ensures that your jacket/pants stay dry for the rest of your trip.

While there are Ski/snowboard schools in the area and random instructors who would come to you and offer to teach you at cheaper price compared to the schools, we personally learnt it the hard way on our own. After a few falls, you’ll start to get the hang of it 🙂 But don’t take our word for it and it’s entirely up to your own preference.

When you want to take a break from snowboarding/skiing in-between your 7 days pass, there’s buses that run around the mountain to take you from place to place. We do recommend you pop by the Nikka Whisky Yoichi Distillery. The founder of Nikka Whisky built this distillery, and they offer a free tour of the distillery and tasting of the whisky and other alcoholic beverages.

Another place worth heading to would be the Niseko Milk Kobo. In the restaurant, you can admire the beautiful views of Mount Yotei, while savoring ice cream made of fresh milk. For those who are keen, you can even experience first-hand ice cream making sessions.

According to the locals, they would recommend coming over during Feb~March where it is less as crowded and the snow is the softest. One of the worst things you can have on a ski/snowboarding resort is too many people in your way and ruining your groove as you ski/snowboard down the mountain.

*PS: Some of the bus stands around Niseko are open with no shelter or heaters, so if you’re waiting for a bus back down during winter, we recommend you to be familiar with the bus timings before hand and plan your journey instead of standing at the bus stand waiting for the bus to arrive. On the up side, buses in the area run on a fixed schedule and are almost always on time.

Do follow our Travel blog as we’ll be writing on Things to do in Sapporo next and we’ll also share with you guys more places in Part II of Things to do in Hokkaido when we’re back from there in January!