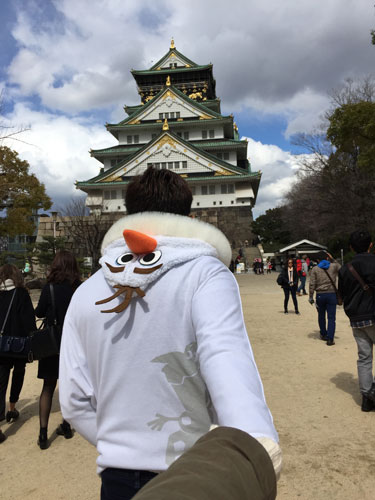 Being the second largest city in Japan, Osaka has more to offer than one can imagine, from the delicious rows or food on the famous Dotonbori, to cultural rich sightseeing areas that Japan is known for.

Here’s our Singapore Travel Blog‘s personal favorites on the 4 best things to do in Osaka! 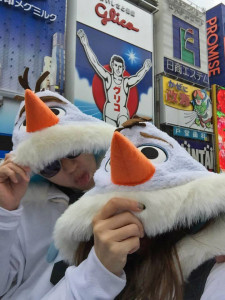 The one place we never fail to stop by when we are in Osaka is the famous Glico Pocky Running man in Dotonbori. It is an iconic and instagram worthy spot that you will find hordes of locals and tourist alike gathering and taking pictures. The good news is that one never goes hungry when you set foot along these streets that is lined with endless stores selling every Japanese dish imaginable. Our fav is Sushizanmai, situated right opposite the large octopus of the Takoyaki store that constantly plays their takoyaki theme song that you can hardly miss. 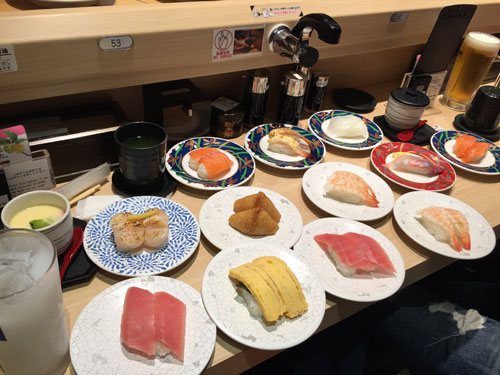 Sushizanmai’s sashimi is as fresh as you can get in Japan, without burning a big hole in your pocket. We have found it to be one of the cheapest Sushi place around with prices starting from just ¥199 per plate. We would also highly recommend the Grilled cheese prawn sushi and the grilled scallop sushi! If you’re visiting during winter, their awesome clam miso soup would also help warm your tummies! 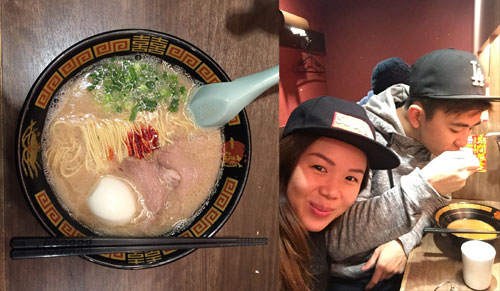 Alvin on the otherhand, wouldn’t leave Dotonbori without a bowl or two of Ichiran Ramen at ICHIRAN Yatai. This place serves literally the best bowl of Ramen anywhere in Japan and you can even customize it to your preference. You can decide everything that is served in your bowl, from the ingredients to the texture of the noodles to the flavor intensity of the soup. And it is very value for money for those on a tight budget! Once you’ve tried the first bowl, I guarantee you’ll return for seconds!

And for those who are not that into food, fret not as Dontonbori has everything from fashion brands such as Zara, H&M etc to local shops selling luggages, shirts, shoes (look out for ABC mart as their shoes are extremely cheap) etc. If you would like to, you can even walk to one of Japan’s biggest shopping centers, Takashimaya and Daimaru, which is just a 5mins walk away.

The history of the Osaka Castle dates back to the 1600s, in the era of the feudal lords. Having been through centuries of explosions and damages through wars, the castle that stands now is restored in 1997 into a museum for people around the world to learn the history of the Edo-era.

At the highest floor, you may step outdoors and be blown away by the marvelous view surrounding the castle’s perimeter. The best season to visit the Osaka castle that many may concur, would be during the cherry blossom bloom. My personal fav would be in winter, where occasional snow would envelope the castle and trees surrounding the area. It is truly breathtaking.

Do take note however if you are traveling with young and elderly, that although the castle has a lift, it only serves the first few levels and to reach the very top, you would still have to take the stairs. 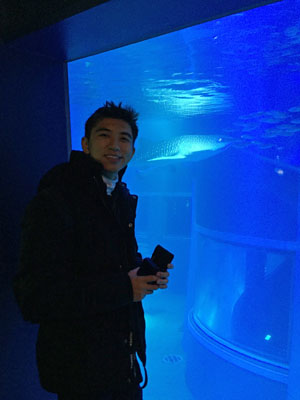 So following the disappointment of not being able to see a real life whale shark in Jeju (where Alvin was mega thrilled about it but got absolutely disappointed upon knowing its no longer in the aquarium), we definitely had to visit one of the aquariums in Japan to see one for ourselves as not many aquariums in the world house a live Whale shark in captivity.

Different cities in Japan are home to (a few) whale sharks, depending on the capacity of the aquarium. The Kaiyukan in Osaka, is home to 1 whale shark which is not fully grown yet when we last visited a few months ago. But still, it looks big enough to swallow Alvin and I whole for appetizers. But fun fact, do you know that whale sharks are actually the largest known species of fish. YES FISH! And they feed on planktons and eggs. Quite a surprise for such humongous out of this world creatures, don’t you think? 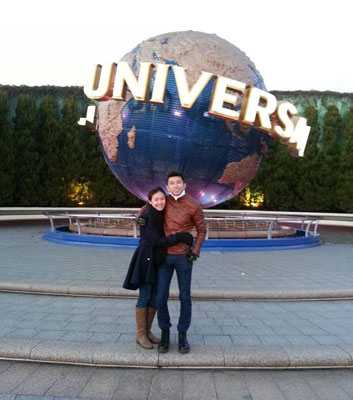 Calling out for all adrenaline junkies! You should never miss this if you’re in Osaka.

If you don’t already know this yet, unlike Disney theme parks, Universal Studios around the world pretty much have a majority of similar rides and story lines, whether it is in Florida or in Singapore. But then again, of course every park has their own famed attraction, which usually is a thrill ride to knock your socks off. So USJ is no exception.

I shall not spoil the surprise for you here and we wouldn’t be divulging too much of what their main attraction was. But don’t worry, you can’t possibly miss it. However, be prepared for the waiting time, as it may set you back to at least 3 or 4 hours! (yes you read that right). And the queue for some of the rides may close a couple of hours before the official park closing hours. So start early if you don’t wanna miss anything!

And lastly, if you have a day or two left to spare, we’d highly recommend you to take a train out to Nara or Kyoto for a day trip and you just might be in for a sweet surprise! Stay tuned to our Travel Blog as we’ll also be sharing both our adventures in Nara & Kyoto soon!