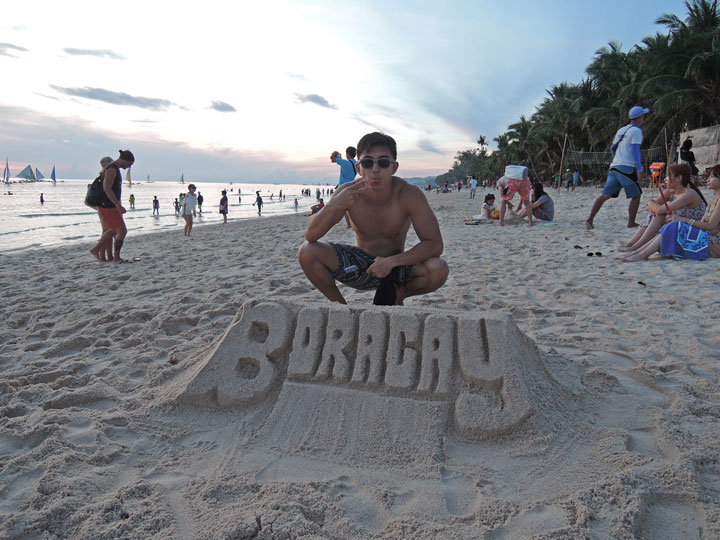 How to get to Boracay

After knowing which Boracay Hotel to book, our Singapore Travel Blog discusses about the most beautiful beach in the world and Boracay would definitely be one of those that pop up.

Known for their turquoise water and white sandy beaches, Boracay has won numerous awards for both their beach and their nightlife. It’s the perfect getaway from the hustle and bustle of City life with water so clear it makes Singapore’s waters look irky.

Yet for all its fame and beauty, the ‘how to get to Boracay’ part is much like the beach version of ‘Journey to the West’, testing you on your desire to see this acclaimed World’s best beach in 2012 and best Asian beach for 2013.

So how to get to Boracay?

The confusion starts with just the airport alone. Boracay is actually an island off Philippines so the only way to get to the island itself is by boat. However, unlike most of your other destinations, there’s actually 2 airports you can fly to to get to Boracay. One airport is 10mins away from the jetty, the other is 1.5 hrs away. I however, flew to the one that is 1.5hrs away, by choice.

It is the fastest route to get to Boracay, but you probably have never seen Caticlan Airport pop up on your arriving destination the last time you tried to book a flight. That is because they only serve 4 airline carriers: Seair airlines, Cebu pacific airlines, Philippines Airlines and Air Philippines.

And even if you’re flying by these airlines (which may i add that flying to Caticlan is more expensive than flying to Kalibo[the other airport]), you have to fly to Manila and transit. I, for one, personally don’t have a particularly good impression of Manila and just knowing that i have to get from the international airport at Manila which is at one end and lug my luggage all the way to the Domestic airport which is at the other end, just to transit, is a turn off for me personally.

However, if you do decide to pay more and take the transit route through Manila to Caticlan, once you reach the airport, all you have to do is take a 10mins tricycle from the airport to the jetty, pay your environmental and terminal fees, board the ferry, get to Boracay, board another tricycle, tell them your hotel and wala, you’re done.

If you’re like me and don’t have a good/safe impression of Manila and/or hate transiting, then Tiger flying to Kalibo is probably one of the best thing you’ve heard all year. Kalibo is the airport that is 1.5hrs away from the Jetty. The airport itself is not much different from the video of Caticlan Airport, it isnt a very big airport so huge planes can’t fly in. But Tiger airway for one, does.

Kalibo is literally one of the worst airports I’ve been to in all my travels, i remember when the flight Captain announced that we were landing and the plane was approximately just 30ft above ground yet when i look out the window, all i saw were still just trees. When we did eventually land on the short tarmac, the plane had to come to a complete stop, make a 180 degrees turn ON the spot before moving to its parking spot due to the space constraint of the airport. I panicked and immediately started regretting the decision to come over, but then again, I’m sure Tripitaka had his doubts too when he was faced with challenges getting to the west.

We were asked to alight onto the tarmac and walk to this old run down building that they call airport. Remember how when you arrive at Singapore and was greeted with rows of luxurious shops before taking the escalator down to the huge hall of immigration where you just scanned your thumbprint and go through the gate? Remember that? Now throw all that out the window. Kalibos immigration is literally just 2 desk and the queue goes around like a game of Snake in the old Nokia games, all around that small space.

Once you’ve cleared all that, here comes the actual challenge, getting to the jetty and eventually your hotel itself. Once you’ve cleared immigration, there will be heaps of people just touting you, asking to fetch u to the jetty for a fee, and based on my own research before hand, i know 250peso(SGD7.30)/pax was about the reasonable price.

But the trick here is that the price of getting to Boracay is beyond that for at the jetty itself, there’s the price of the ferry and this thing they have come up with known as Terminal Fee and Environmental Fee which adds on to the 250 peso paid to the driver. So if you are going to take those private cars or any unknown agencies, do check with them if the price you are paying for includes the above mentioned fees. I personally opted for an all round one time fee with Southwest, they offered us 529pesos(SGD$15)/pax for a one time fee which includes the bus trip from Kalibo to the Jetty, the terminal fee, environmental fee, the ferry to boracay, the tricycle from Boracay jetty to my hotel. Which if i do my math of the bus trip itself from Kalibo to the jetty being 250pesos, the total cost of everything included seems pretty worth it for 529pesos with southwest. Yes perhaps if i took those private drivers and tried to bargain down my price for everything individually, i might be able to save about 50pesos(SGD$1.40) more or something. But for all that trouble, i rather pay the $1.40 more, cause the good thing about Southwest is that due to the size of the company, they have their own buses, boat and vans to get u from point A to point B, leaving you with not a single worry of getting there, which makes for a perfect start to a beach holiday.

I didn’t plan beforehand for it was my first trip to Boracay, so i only bought my tickets at the airport itself at Kalibo. You can however book prior to your trip itself through their website as it is seemingly cheaper that way. You can also book a round trip so you don’t have to worry about finding your long journey way back from ur hotel to Kalibo. Do take note however, for our trip from our hotel back to kalibo, we were told that the bus would pick us up from our hotel SIX FREAKING HOURS before our flight. The journey to and fro isnt easy nor is it fast, you spend almost a day just traveling but it will all be worth it once you see the sun set into the endless horizon 😉

VERY IMPORTANT: Tempted as you might be to spend all your money on local massages, food and water activities before you return home, DONT! And that’s because i have no idea where do they come up with this but there is a charge of 500pesos(SGD$15)/pax for this thing they call “Terminal Fee” that everyone have to pay when you are departing internationally from their airport. On top of that, due to the long journey of 6 hrs excluding ur actual flight time, do prepare just enough to chomp on food at the airport least u starve to death.

Have you been to Boracay? Tell us about your your travel adventures.