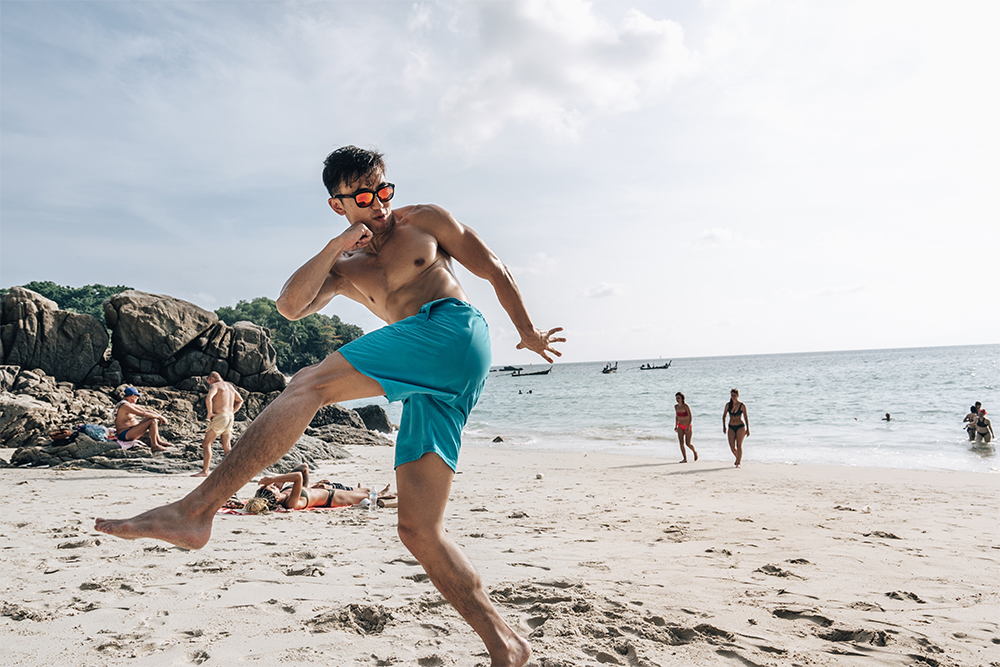 When we think of beach holidays, we all naturally hope for the water to be turquoise blue and sand to be so fine it seeps between our toes. Unfortunately, Phuket hasn’t had much of a reputation to most singaporeans as having pretty nice beaches, but that is probably also because most people have no idea where to look.

Freedom beach is one of Phuket’s best kept beach secrets that is not known to many. But precisely because it has been sucha well kept gem, the beaches are kept pristine and water turquoise.

You can take a boat in for a fee, but if you are on a budget, our travel blog would recommend you taking a cab in instead. The secluded and pristine beach however, does come with a price to enter, which comes from the effort taken just getting to the beach itself.

Getting to Phuket Freedom Beach

When you take a cab to Freedom beach, do not be surprised that the cab driver would likely drop you in what seems to be in the middle of a forest, even thou you wanted to head to a “beach”.

The journey to freedom beach starts with an rocky uphill climb, which because of the uneven terrain, most cars would not be able to head up and hence would have to drop you at the foot of the little hill.

When you reach the end of the short rocky hill, you would come to a seemingly close gate that stops you from entering further. Fret not, look to the right of the gate and you would see an opening under the fence where the drain is. Yup, you guessed right, that is the gate way to the beach.

Climb under the opening of the fence and you will finally actually begin the 15mins hike downwards to the beach. The trip down consist of a mixture of rocky terrains and steps. The rocky terrain is made harder if like us, you decided to wear slippers down.

When you reach the start of the steps portion of the way down, thats when you know that you are almost reaching. Glimpses of the turquoise water should motivate you for the last part of the journey down.

The reward at the end of your tough hike down is the bluest water and finest sand Phuket has to offer. Aside from it’s beauty, the beach itself doesnt have much entertainment. So while that means no pesky locals trying to sell you jewellery or seats on the beach while youre trying to relax, that would also mean that you would have to bring everything that you need by yourself. I would suggest you bring your own beach towel, snacks, water, sunblock and entertainment (i.e snorkelling mask, books etc)

The secluded and relatively quiet beach promises a good relaxing time away from the general crowd at the rest of the more commonly accessible beaches. The turquoise blue water and white sand also promises an instagram worthy photo.

You can easily spend your whole day at Freedom beach just taking a step back in life. However, just keep in mind the time taken to head back up if you wish to head back before nightfall. Also, there may occasionally be an available taxi at the gate when you want to head back to your hotel. But if you feel that they are charging an unfair premium and/or there are no taxis there on that particular day, i would recommend taking car sharing apps such as Grab to pick you up from the gate and send you back to your hotel.

If you need more ideas on what to do in Phuket, check out our Phuket 3D2N itinerary for more ideas and places to explore.