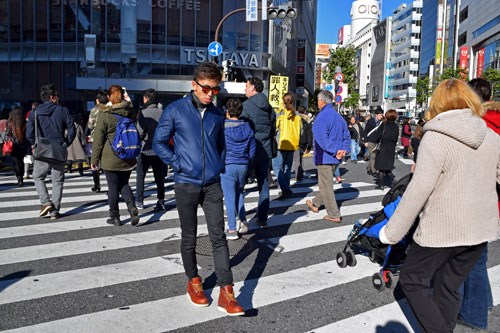 It’s no secret that we love Japan, we have been here so many times over the past year and our Singapore Travel Blog still keep coming back!

And as I sit here on my 9 hour train ride heading upwards from Tokyo to Hokkaido, I had the time to think about what exactly it is about Japan that keeps drawing me back and I think I finally figured it out!

While the food is awesome and the sceneries are breathe-taking, I think what we really love about Japan is the people.

Japanese people are literally the warmest and friendliest people we have ever met in all our travels. And it is not just the people who you pay or is offering you a service, but even Japanese strangers on the street.

We can personally vouch for the times random pedestrians who would go out of their way to help a bunch of visiting tourist like us.  People who don’t just point you in the direction you want to go, but walk you there just in case you got lost.

There was this one time when we were finding our way around and decided to ask this Japanese couple of the location’s whereabouts. Little did we know that this couple that we were asking, wasn’t from the area and were too visiting Osaka from other parts of Japan. They weren’t quite sure where it was but decided to do their best to help us anyway. They started to stop other Japanese commuters as we just stood there watching them converse in a language neither of us could understand. I remember seeing the guy’s face lit up as he seemed to have understood the directions to where we were heading to. Instead of just pointing us to where we wanted to go like what most other people would have done, they signaled for us to follow them as they brought us to where we want to go, almost a 10mins walk away. We had nothing to offer them nor were we paying them, to them, we were probably just this 2 poor souls that needed help and they did.

On a totally different occasion, the same thing happened when a lady in Kyoto who couldn’t speak English stared at the map and decided to help us find the directions for over 10mins. So much so that we felt so bad for holding her up.

It was also in Japan when Nicole traveled alone and a Japanese lady who figured that she was lost and decided to help her. The lady then invited Nicole over for dinner and they have been friends ever since! Hear more about this story when we talk about her in our interview with Hype Magazine about “Tips for traveling solo” starts at 1:30.

Our travel blog has never met anyone quite as helpful as the Japanese people.