Home
Europe
Where to stay in London? 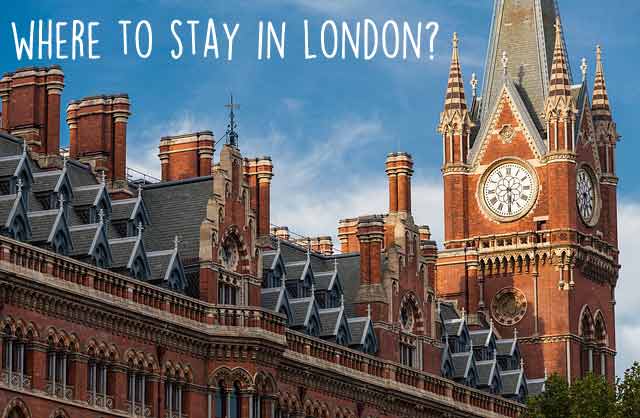 When you’re visiting a city as huge as London then you need to know that you’re basing yourself in terms of accommodation in the best location, i.e. you’re not going to miles out of the centre of everything, and that you have the best price for your budget.

London isn’t the cheapest city on record, that’s for sure, but there are ways to cut costs here and there. There is no central downtown section to London, unlike many other cities in the world, so it’s not even a case of saying ‘make sure you stay central’; the sights and attractions in this city are so spread out that it really depends on what you want to see, as to where you stay.

For instance, if you’re planning on catching a few West End shows then it makes sense to stay within the West End or Theatre District area. This means you will have less toing and froing to do, and you can make less use of the underground system. Having said that, no matter where you stay, if you want to get out and explore then you are going to have to master the underground, or the Tube, as it is affectionately known!

If you choose to stay in the West End then this basically where the most expensive hotels are generally based, with Mayfair topping the price scales. Leicester Square and Covent Garden are packed with hotels, and if this is the area you’re mainly visiting then you’ll be as central as you’re ever going to get. The problem is you will probably pay the price tag too!

Alternatively, you could go to the other side of the budget scale and look at hotels within the Kings Cross or St Pancras area, where prices are lower and you will find smaller establishments, such as B&Bs, as opposed to large hotels. The problem here is that you will have to travel, but the good news is that you are very close to major transport stations, so if you can master using the underground, then you’ll be more than fine here.

Victoria is another choice, and you’ll find a range of different accommodation prices in this area, whilst being close to many of the major sightseeing choices. This is middle of the road in terms of price, and again, it’s easy to get to and from to different areas too.

It’s hard to pin-point and advise where is the best place to stay when you visit London, and a lot of it hinges on your willingness to make use of public transport to get around this sprawling city. If you opt for taxis every time then you are going to be rather broke very quickly, so it’s definitely worth braving the underground; it’s really not that hard once you get the hang of it!

Cities aren’t cheap places, and this is true of any city the world over. London falls into this truth, however it is more than worth exploring regardless.