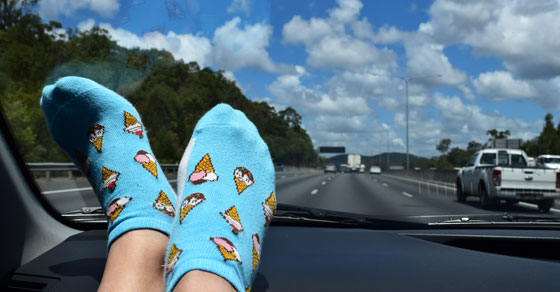 There’s just something extremely liberating about going on a Road Trip that we can’t exactly put into words. I guess it is largely due to the feeling of being able to go whenever and wherever you want to. To be able to visit places that are not on the popular tourist attraction list or go way out of the way and not have to worry about anything because you have your entire luggage in the boot of your car. All that and so much more that we can easily put into a full article about the joys of going on a Road trip.

And if anyone’s looking for a road trip destination, Australia would almost definitely be one of the top countries to do so simply because of it’s terrain. Our Singapore Travel Blog managed to get a first hand experience on the beauty of this country’s roads late last year when we took a road trip from Brisbane to Sydney.

Why should anyone take a Road Trip from Brisbane to Sydney?

(Socks from The Sock Avenue)

Sure there are many other options for you to travel between the 2 cities with the most popular choice being to take a domestic flight. But you would be missing out on so much if you do. For one, when you choose to drive from Brisbane to Sydney, you’ll be able to hit 3 major cities; Brisbane, Gold Coast and Sydney, and many other towns that each have so much to offer.

Secondly, the road hugs the coast which makes for spectacular sights and views as you drive.

Lastly, there are plenty of hidden gems there are inaccessible and you would probably never know about/visit them if you hadn’t drive.

Where to rent the car for the Brisbane to Sydney Roadtrip?

We personally scouted quite a few car rental companies when we were planning our trip but eventually chose Ace rentals simply because of the price. Ace Rental’s cars were almost half the price of any other car company we found on Car rental search engines such as vroomvroomvroom.com.au.

The only downside of getting your car from Ace Rental is that they do not have a shop directly at the airport so you would have to take a bus or a cab out to their nearest collection point. This is probably also why their cars are as cheap as they are because they do not have to pay for the high overheads of having a shop within airports itself. They also don’t charge exorbitant prices if you rent your car from one city and return in another, a fee that some other competitors charge a fee hundred dollars for.

*PS Unless you are very familiar with the roads, we highly recommend paying that bit more for a

Accommodations in Brisbane to Gold Coast to Sydney

Aside from staying in a hotel for our first night in Brisbane, we personally chose to either AirBnb or book cheap motels/hostels from Agoda. As we spend most of the time on the road, we really only needed a place to rest and sleep for the night so we didn’t bother with staying in any grand hotels etc. For most parts, we barely even stayed at the place for more than 10 hours. We literally checked in, bath, sleep, woke up and checked out.

Driving from Brisbane to Gold Coast to Sydney

The total driving distance between Brisbane to Sydney is roughly around 1000km, a 10~11 hours drive according to Google Maps. We know of friends who covered that distance within a day or two which means that although it will be pretty exhausting, it’s still possible to drive down in a day. So your itinerary and the number of attractions and you want to visit is entirely up to your own preference and it really depends on just how fast paced you want your trip to be.

I personally made sure that I drove no longer than 3~4 hours a day to avoid fatigue and provided myself sufficient time allowance in case we ran into a traffic jam and/or if we really loved a place and wanted to stay there abit longer. I personally also avoided driving in the night as it is then that the native animals become more active and an inexperienced driver who is not only unsure of the road but also not used to handling a vehicle if an animal suddenly dashes across, might run into an accident and result in road kills, vehicle damage etc. If you must drive in the night, do remain vigilant and reduce your speed.

Do also note about Daylight Saving when you are driving across the states. Coming from a country that doesn’t have such a system, it’s rather complicating to understand but the gist of it is that during certain colder months of the year, certain states in Australia experience daylight saving where time is moved backwards an hour. We only learnt about this when we told our Airbnb Host in Kingscliff that we were traveling down from Gold Coast and would arrive around 730pm. But when we reached, he explained to us that it was already 830pm local due to Daylight Saving.

Lastly, when you are driving in Australia, do keep to the speed limits as they are extremely strict when it comes to speeding and road offenses. Read our separate article: Don’t exceed speed limit in Australia, Hefty Fines

Once again, the number of attractions you can visit is entirely up to what you like to do and how many days you have set aside for your road trip. But these are the ones that we personally recommend: 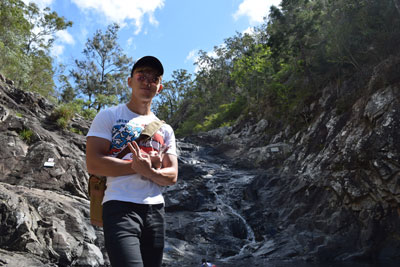 Found between Brisbane and Gold Coast, Cedar Creek Falls is an attraction for those who want to explore the unbeaten path. Cedar Creek falls is a small waterfall area where the locals would go to to sun bask, take a dip in the pool and/or have a picnic. 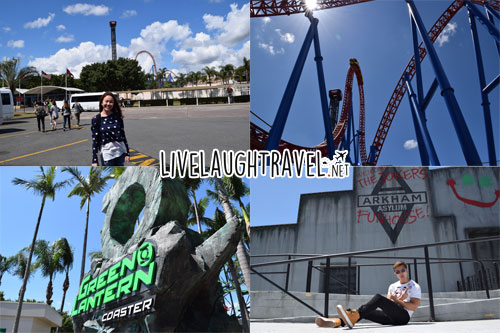 For the Adrenaline Junkies, visiting Gold Coast wouldnt be complete if you don’t visit their theme parks. Found around Gold Coast area, there are several theme parks such as Movie world, dreamworld, seaworld etc 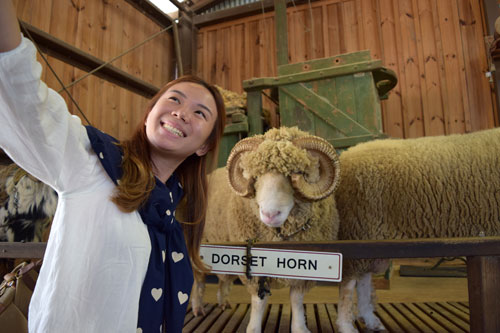 For those who don’t prefer theme parks, you can pay Paradise Country a visit and get to see some of the native animals such as Koala bears, Dingos, Kangaroos, Sheeps etc. For a small fee, you can even take pictures with the Koalas. 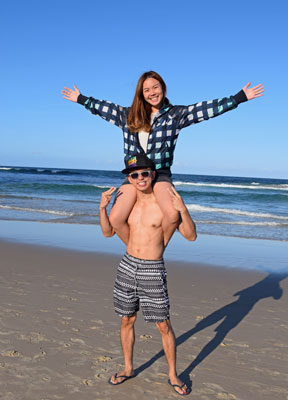 If you have to choose one beach to visit throughout your entire road trip, let it be Byron Bay. Byron bay is one of the prettiest beaches in the whole of Australia. Visit during sunset and do the lighthouse walk for a very romantic and relaxing experience.

Spring brook National park is a popular national park that spreads across a very large area. Attractions in the area include waterfalls and glow worms etc, although we personally didnt get to find the glowworms cave just cause we didn’t know which part of the park it was at. We did however visited the “Best of all lookouts” and it was spectacular. See our video at the end for more. 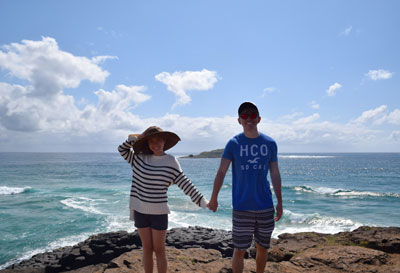 When you are driving pass Kingscliff, do not forget to drop by Fingal Head lookout even if it’s just for awhile. This is one of the best lookouts and you’ll get to experience the wind and sound of crashing waves unfold endlessly infront of you. 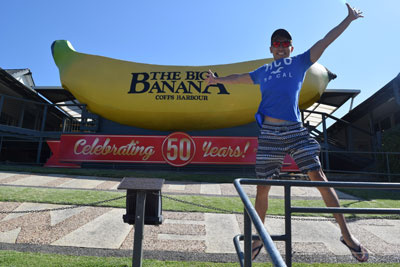 To be very honest, there’s actually not much at the Big Banana. It’s a small cafe and a water theme park. But the Big banana itself is an iconic instagram spot so stop by even if it’s just to take a picture and stretch your legs. 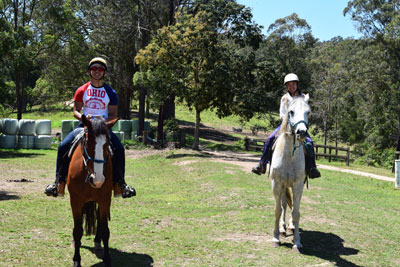 Another activity off the beaten path, you can take up horse riding at Bellrowan. Unlike many other horse riding places in the world where the trainer holds onto the horse and you’re actually just along for the ride, Bellrowan allows you to actually learn and ride your own horse up a mountainous area. Do remember to call and book before hand. 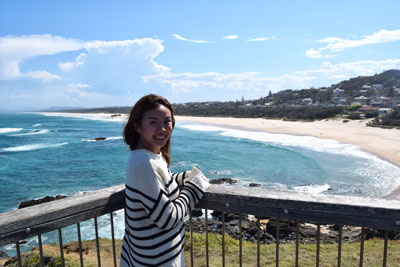 I would personally rank this as a must visit place. The sea goes off into the horizon and if you are lucky, you’ll even get to see whales from the lighthouse beach. A beautiful place that we personally spent much longer there then initially expected.

Unfortunately, we personally didnt get to go on this walk cause it was raining. But the memorial walk is also a popular attraction that was built to commemorate the centenary of ANZAC. 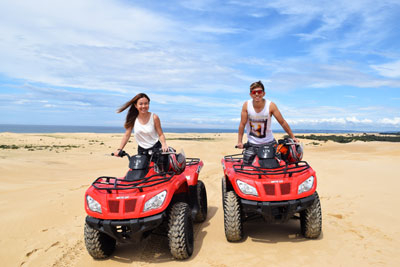 If horse back riding was abit too slow for your taste and wanted something that would go a little faster, go for the sand dune adventures where you can either rent a quad bike and/or go on a hummer tour. While you can take a quad bike in many other parts of the world, I personally think the unique thing about this is the Sand Dunes itself. Not many places you get to find Sand dunes that go as high as 30 ft and then get to quad bike down them. 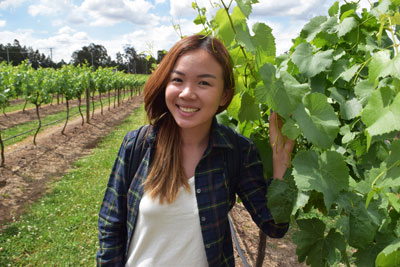 Hunter Valley isn’t a specific place per say, it’s an entire area. But don’t get too caught up on where exactly to go within hunter valley, cause chances are that you would drive by a vineyard every few mins and that is exactly what hunter valley is, vineyards after vineyards selling Australia’s wine. Stop by Hunter Valley for a rest and chill on some wine and cheese.

The Skillion head is a corroded earth formation that is facing the sea. Terrigal is also known to be a hidden gem and a less as known place for beautiful beaches. We sadly didnt get a chance to experience that cause it was raining when we got there. 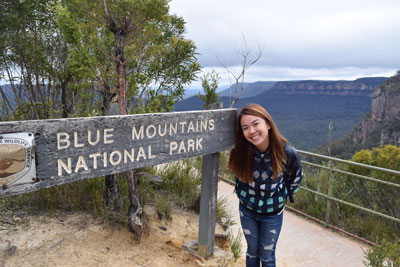 You cannot do a road trip and not drive to Blue Mountains. Blue mountains is slightly out of the way and you’ll have to head out before hooking back into Sydney, but personally, we thought it was worth it. Go on the scenic world and experience the mountains from a birds eye view.

Just a short drive away from Blue Mountains is Wentworth Falls. You do have to note however, that Wentworth is unlike cedar creek which is a small waterfall, the entire landspace of wentworth is huge and there are multiple treks where you can walk to to catch different angles of the falls. Some of these treks take up to 20~30mins to walk to. 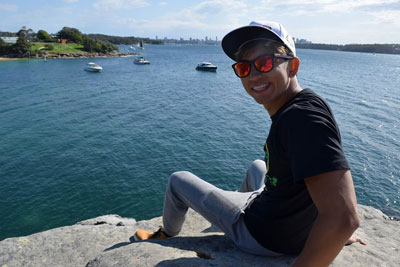 Watsons Bay is within Sydney itself. You can either drive there or if you have already returned the car, you can take a ferry there. It is a beautiful lighthouse lookout with yet another breathtaking view of Sydney’s landscape and the sea.

You can watch our entire roadtrip video here:

This is one of our longest article till date and it may seem alittle far fetch at times, but that’s only cause there’s so much information to share and we wanted to do it all in one article. Do let us know if you have any questions and we’ll do our best to answer you. Also, don’t forget to read some of our Travel Blog‘s useful articles about Australia such as: