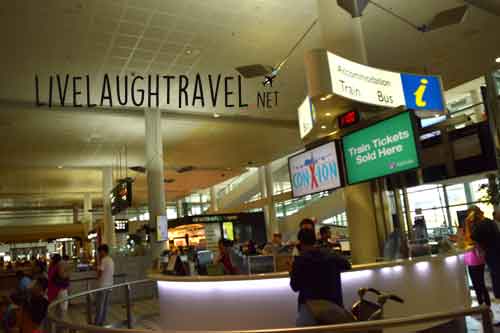 Gold Coast is known around the world for their long beautiful beaches.

But the issue is that Goldcoast airport (OOL), is a relatively small airport and don’t serve major airlines and big planes so flying in is almost always a problem unless you are taking budget carriers. Our Singapore travel blog team learnt that during our recent trip to Australia and now thought to share it with all our readers on our Travel Blog.

4 ways to get from Brisbane to Gold Coast

One obvious way to get to Gold Coast from Brisbane is to take a domestic flight. If you book your flight from a major carrier to OOL airport, do keep a look out if that includes a domestic flight transfer. We do not recommend you taking domestic for 3 reasons:

1) It is probably the most expensive of all the options
2) Brisbane’s international airport and domestic airport is different and you would still have to lug your belongings from airport to another, so it isnt exactly hassle-free
3) We personally didn’t take a domestic flight from Brisbane to Gold Coast so we can’t say for certain, but we are guessing that it might even take longer than if you had used any of the other options.

-Train from Brisbane to Gold coast 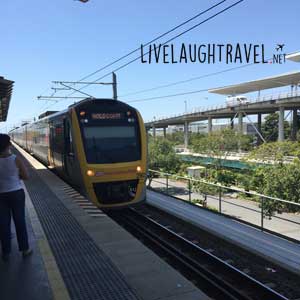 The thing that most people going to Australia for the first time don’t know is that getting from Brisbane to Gold Coast is just like taking public transport where the train starts from Brisbane and ends at Gold Coast, so you really don’t have to worry too much about it.

It’s advised that you get your ticket online prior to your trip via Airtrain.com.au as you do save a little bit if you get it beforehand. However, if you would like to have more flexibility, you can always get it at the airport itself.

It is an approximately 2 hours long ride with very limited wifi on the train.

No matter you get your tickets online or from the airport, you have the option to get an add on chauffeur service to pick you up from your Gold Coast train station and drop you at your exact hotel/hostel/airbnb location.

Depending on your own preference, if the train isnt a thing for you, you can also opt to travel by bus. The bus counter is the same counter as the train counter and is easily visible the moment you clear immigration (*picture as above)

In our personal experience, the price offered by the bus and the train company wasn’t too much of a difference and it really just rounds down to which mode of transport do you prefer to travel by.

If time is of the essence or if money is not an issue, you can always hire a driver to pick you and drive you down to your location. However, in that case, we personally would recommend renting a car instead as there are several attractions located between Brisbane and GC that you otherwise would not be able to drop by if you had taken public transport. Such as the Theme parks and Cedar Creek Falls.