You cannot head to Thailand without having a bowl of Tom Yum Soup by the streets coupled with some ice cold thai milk tea from a pushcart. You can even complete your meal with some authentic Mango Sticky Rice or a Chocolate Banana crepe that you can all find by the roadside. Bangkok street food has always been an integral part of the Bangkok/Thailand experience and one can’t say that they have been to Bangkok unless they have had some of these street food. 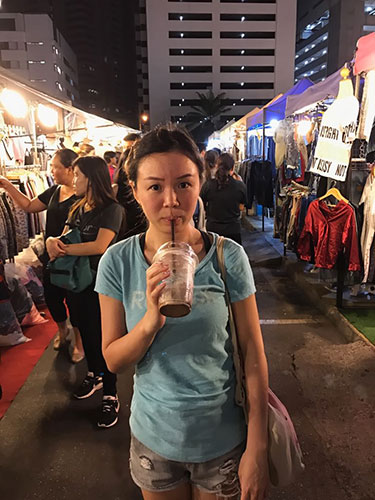 Unfortunately Thai authorities have recently passed laws to shut all these vendors down as early as end of this year. The law was passed just a month after CNN named Bangkok the Finest Street Food Destination of the year for the 2nd consecutive time.

BMA (Bangkok Metropolitan Administration) linked the move as part of their efforts to beautify the city. The Administration claims that street vendors hinder foot paths and often result in litters that plague the streets of Bangkok. So while officials are grateful for CNN’s awards, they felt that the safety and cleaniness of the streets should take precedence.

In one clean sweep to clear the pavements, the ban would also extend beyond just Bangkok street food stalls and would also include all other types of stalls i.e Clothes, counterfeit goods etc on all main city roads without exception.

“The street vendors have seized the pavement space for too long and we already provide them with space to sell food and other products legally in the market, so there will be no let-up in this operation. Every street vendor will have to move out,” Wanlop Suwandee, chief adviser to Bangkok’s governor, was quoted to have said.

The BMA is currently already working to clear street vendors from over 50 districts starting from prime areas such as Siam and Pratunam etc with places such as Yaowarat and Khao San Road being next in line. Street stalls are targeted to be completely disappear by end of 2017.

This unprecedented move has sparked an outcry nation wide from both locals and tour agencies alike.

Tour agencies worry about removing street vendors as they have been the very essence and culture of Thailand. It’s this distinct uniqueness in bangkok street food that makes bangkok what it truly is and bring tourists from around the world to this beautiful city.

A Bangkok tour agency employee, Chiwan Suwannapak said, “If you want to clean out all the vendors it’s like you are cleaning out our culture itself”

On a much wider scale however, is the worry of how the lives of the Thai people would be affected as a result of this policy. It is not uncommon to see everybody from Business people in suits to motorcycle riders by the road side having a bowl of noodles before heading home. Without all that, what would happen to Bangkok?

On top of that, there’s also the very real concern of where would these 200+ vendors go. Street vendors have long relied on these road side stalls as their source of income and livelihood. By banning them from actually having a stall, where else can these shop owners find work and feed their families?

While we as tourist have not much say on the passing of such laws, what we can do is individuals is to enjoy the good times while we still can. It is hence no surprise that our Singapore Food Blog and travel blog have already traveled to Bangkok twice this year and is looking to make more plans to visit before the year ends.

Thailand and it’s food has always been one of the primary motivating factors for us to visit Bangkok and we personally can’t imagine a city without street vendors. All that 200 Baht Tom Yum Soup and 40 Baht Thai Milk Tea, we would certainly miss them when they’re gone.

What about you? What are your thoughts on the ban and would you visit Bangkok even if there are no more Street food? Let us know in the comments below.