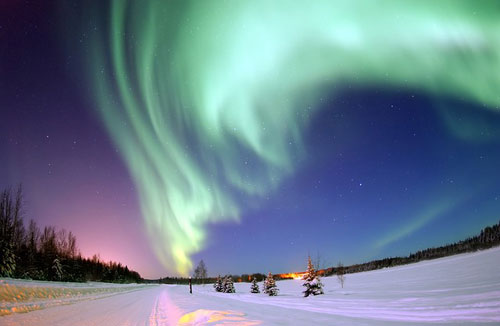 We’ve all seen plenty of videos on our social media feeds, courtesy of explorers and friends alike, who are kind enough to post videos of their extraordinary capture of the northern lights, and almost everyone tells themselves, or has a friend that says “I’m saving up to go see the Northern Lights one day”.

Well, if anything, our Singapore Travel Blog would very much like to encourage you to save a little faster, cause 2016 might just be the last time to see the Northern Lights.

The northern lights, is a natural phenomenon that is attributed to solar activity which involves massive solar eruptions, that causes intense aurora, in this case, the “light show”. However, these solar activity does not happen on a fixed schedule and they are pretty much unpredictable. If you’re planning on visiting, it’ll be good to buffer a few days and wait up to increase your chances of catching the northern lights.

So with that being said, according to studies, the northern lights runs on an 11 year solar cycle. Which means, the intensity is much higher within the span of the cycle. However, we are currently moving towards the end of the solar cycle, which means after 2016, while the Northern lights isn’t gonna completely disappear, it will be increasingly difficult to spot the northern lights as they would appear much less frequently.

So if you’ve been saving up, you’ll still be able to catch the spectacular light show in 2016 in all its glory. But if you’ve missed this, you’ll have to wait at least until 2024 for the next 11-year solar cycle to begin. On a positive note though, aiming to head there in 2024 would provide you with plenty of time for you to save up!

For those who are interested, here’s a 4mins video on how Northern Lights are created:

Don’t forget to share this article with your friends and family to urge them to visit the Northern Lights this year before it’s too late!