If you follow our Singapore Travel Blog‘s facebook account, just a few days ago, we shared an article on a Chihuahua name Miami who travels the world with his owner Marianna Chiaraluce. He has been traveling across different states and countries, drawing the envy of many (including us) who wishes they were in his shoes. 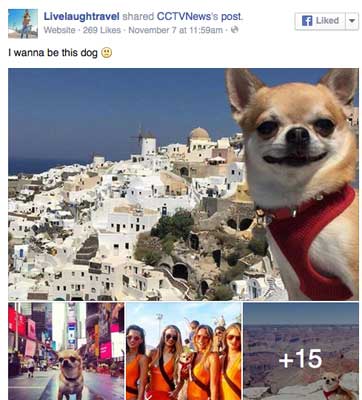 But after the initial excitement of seeing an adorable chihuahua traveling across the globe died down, it dawned on us about the difference between pet and human travels and how potentially dangerous it might be for your pet.

Well for one, remember the last time your plane landed and you looked out your window and saw your baggage handlers removing your luggages from the plane? Remember what all of them had on? Earmuffs! That’s cause it is super loud outside due to the noise such a big engine generates to be able to reach 885km/h (550mph). Think about how if you were traveling with your pets, how they would be kept in that exact luggage compartment that is subjected to such loud noise throughout the entire duration of the flight. Because the luggage compartment was designed for non-living things, aircraft designers do not put in sound proofing and your pets do not enjoy the comfy seats, friendly service and recline-able chairs like you do. Ask a military men who have traveled in a C-130, he would tell you. But at least for military men, they were given ear plugs. Your dogs? Nothing at all. The icing on the cake? Dogs have 4 times better hearing than humans do. So whatever uncomfortable feeling you get from standing in an extremely loud room for a 13 hours flight, your dog is getting it worst.

Aside from the extreme noise your pets are subjected to, there is also the air pressure and temperature in which they have to bear. The luggage compartment, again, designed for non living things, do not have a temperature regulator in it and that’s why sometimes when we receive our luggage at the end of the flight, it can be pretty cold. Or if you are traveling in the summer, the humidity and heat can be very painful for your dogs/pets.

The fact of the matter is this, as much as we humans like to think of our pets as part of our family, our pets are not humans. So even if you see your pet happy and enjoying a breeze at the Hawaiian destination you just brought him to, he/she is unable to tell you of the traumatizing experience he/she just had in the plane. On top of that, pets do not have the logical understanding that humans do as well. They do not understand that they are flying. To them, they are just waking up one morning and being put into this terrifying experience that is a combination of being alone and subjected to extreme noise, temperature etc and unlike you, they don’t know what is happening. There has been several reports on pets chewing themselves bloody and experts believe it is with due to the amount of stress your pets are put into throughout the whole experience. You see your pet as family, airlines see your pet as cargo.

In 2012, 29 pets died, 26 injured and 1 was reportedly lost in the United States during air travel. But even with a year on year increase in the number of deaths, injuries and lost cases, some travel bloggers and instagrammers are still turning to using their pets on their travels to stand out from the crowd. 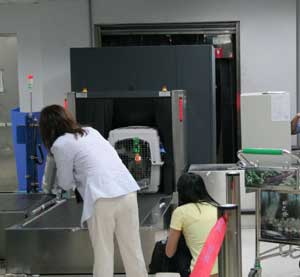 For the crowd that genuinely can’t stand being away from their beloved pets and want to take them with you on your holiday, we truly understand and can relate to how pet owners do occasionally suffer from separation anxiety, but we implore you to also think about the risk involved and the conditions you are putting your pet into. Would you put your beloved baby brother through such extreme conditions?

But if you are moving abroad on a permanent basis and have no other alternative other than air travel, Dog whisperer Cesar Milan recommends pet owners to NOT have a big good bye scene at the airport as it would only upset your dog when you guys have to separate eventually. Instead, keep calm and he’ll be calm as well.

What do you guys think? Would you bring your pet on your travels? Let us know in the comments below.