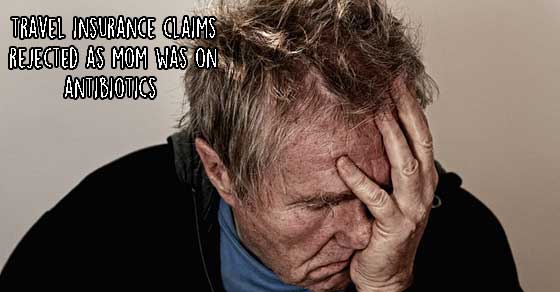 It’s often one of the most mind tussling pre-flight decision you have to make when you are booking your flight, whether or not to fork out that much more from your travel budget to get travel insurance for the vacation you’ve been planning for so long.

Throughout our singapore travel blog, we are often quoted as being advocates of getting travel insurance. But like many other contracts and marketing promises, it always sounds perfect till you put pen on paper, and often, it’s the little font-ed terms and conditions with debatable words that we breeze through that comes back and bite us.

In this day and age, Travel insurers are increasing looking for ways to avoid insurance claim pay outs according to the statistics by UK’s Financial Ombudsman Service, that receives 2000 travel related complains per year and of which, 50% were found in customer favor.

Retired couple David and Sandra gill was planning for their long awaited New Zealand getaway when they booked Business class tickets with British airway. They switched from their existing travel insurer to RIAS in the UK to enjoy more comprehensive coverage for their travel. But all that went wrong when David Gill’s mum passed away due to natural causes just days before their departure date.

The couple naturally cancelled their travel plans to accommodate the untimely death of an immediate family member and filed for claims for their air tickets which amounted to £8,000 (USD$12528).

After investigations, RIAS agreed that the cause of death was due to old age but refused to provide the payout as David’s mom was prescribed antibiotics April a year earlier for an infection. They were quoted explaining that she had a “preexisting condition” hence the refusal to payout.

David rebutted by explaining how his mom was certified to have died of old age and the antibiotics case was irrelevant. He wrote back to RIAS twice but received no acknowledgement.

It was only when local media in the UK picked up the viral news and contacted RIAS did they verify that the claims were “declined incorrectly”. RIAS subsequently explained that they revisited the Gills case and have issued his full flight claim with a delay compensation of 200 pounds (8175+200).

This case serves has a reminder to all on how we should always read our terms and conditions properly. But truth be told, in this world where insurers use general and broad terms which can go either way. It’s hard for policy buyers to know if insurers would actually pay their promised pay out till shit actually hits the fan.