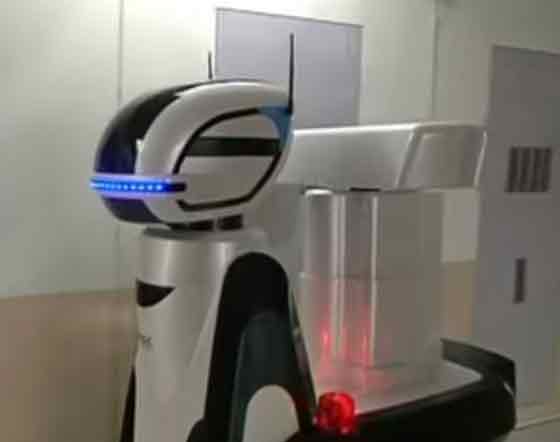 So one of the really cool things about traveling and writing our Singapore Travel Blog is that as we Travel, we get to see the technological advancements across borders which really helps widen our spectrum of what is possible.

And if you haven’t heard, a prison in South Korea is now guarded with genuine ROBOCOPS, and we kid you not, as they are active and already in use. Although they arent as cool as they make him out to be in the movie, this is a first on Earth, for a prison to field test robotic prison guards, and you’ll be surprised at what they are able to do.

Back in 2012, these Robocops were tested at Pohang prison in South Korea. Measuring at 5 foot-tall, armed with thick rubber wheels and equipped with speaker, mics and cameras, and programmed to patrol the prison blocks hallways independently.

Now the interesting question would be, how do they perform their patrols? Well, navigational tags are planted along the ceilings of the hallways or corridors for the Robocops to recognize their way, and in addition to that, they are also supervised by real people on screen, and they can be controlled through tablets or iPads should the need arise.

So it might sound lame for a robot to takeover a man’s job, but concurrently have the same person (okay maybe not exactly same person) sit behind a screen to control it from the backend. The main purpose of having these Robocops are to speed up response time in any situation. These Robocops are programmed with pattern recognition algorithms, which allow it to realize and recognize out-of-the-norm or harmful behaviors reflected by the inmates, especially in dire situations. In addition, inmates may directly communicate with the officers through the Robocop as well.

“The purpose to develop this kind of robot is to secure prisoner’s life and safety, and to decrease the workload of correctional officers in a poor working environment” said Lee Baik Chul, Chairman of the Asian Forum For Correction.

As of now, these Robocops mainly patrol the hallways, but they are not designed to physically confront the inmates. But in the near future, after research and development, the next step for these robots would be to have them conduct body searches on the inmates.

So I guess the futuristic images on screen whereby the world is so technologically advanced that robots will be the ones to protect us, might be realized sooner than expected. Just none of that Terminator, robots killing humans part, that would be great. Otherwise, go KOREA!