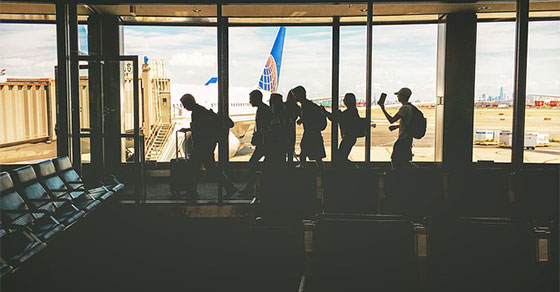 It may seem extremely bizarre that we as Travel Bloggers don’t recommend our friends and family to travel the world. But the truth is this, if you truly want to experience the world, you wouldn’t try and visit them all. This is a common mistake that we feel even experienced travel blogs fall prey to. By giving a number to how many countries there are in the world, we subconsciously turn that number into a list. It makes us want to visit them all and check them one by one knowing how at the end of it, we would be able to tell people that we visited every country in the world. If these are your sentiments, you have forgotten the true meaning of traveling.

A few weeks ago, we shared a Video by CNN on our Facebook page timeline that featured Cassie DePecol from Expedition 196. The video went on to explain how she budgeted out and managed to be the first woman to travel to every country of the world. They explained that she learnt krav manga to protect herself and her journey to 196 countries took her just 18 months and 26 days, making her the fastest woman to do so. That was basically what the problem is.

First of all, we want to take nothing away from her doing what she did. It took alot of planning and guts to be able to do what she did. For one, I would probably be too just as afraid visiting war torn countries. So complete respect to her from that aspect.

However, it was the speed in which she did it in that raised most of the questions. If you divide 566days (30 days a mth) by 196 countries, that equates to about 2.8~3days. The question then is how much would you know about a country if you just stayed for 3 days per country.  This doesn’t even take into account plane transits, transfers etc. And within that 196 countries, there is a estimate of 4,416 cities. It is thus safe to say that she didn’t manage to travel to every city.

The essence of traveling in our opinion, means to try and understand the culture of people living across the border. To understand things from their way of life, their perspective, the decisions they make from the options they have. To travel is more than just to brag or to step foot on a foreign land. After all, a country without people is just land made up of soil and mountains which are no different than that of your hometown.

Don’t get us wrong, if we could, we would too want to travel the world and visit all the countries that we can. But even if we did, it wouldn’t have been at the pace that she did. For example, we make yearly trips to Japan and our friends would often ask us, “Didn’t you just head to Japan?”. But Japan itself has 103 cities and despite our yearly trips, we still feel like we have barely scratched the surface. People and culture are not just different between countries, but also between different cities and states. The highly advanced Tokyo City spots high raise buildings that stand ready to compete in the world’s economy, while the sub urbs of Kyoto presents a much more traditional side of Japan.

If a country is but a number to you, a box for you to check; you have miss the point of traveling. Like many others, you are not a traveler, you are a tourist. Most would probably flame us and accuse us of merely being jealous. But to us, it’s not about the pictures you show, but the stories you tell that tells the world who you are.

What do you think? Should we travel to many countries and stay for short term or travel to lesser countries but stay there for longer? Let us know your thoughts about traveling in the comments below.