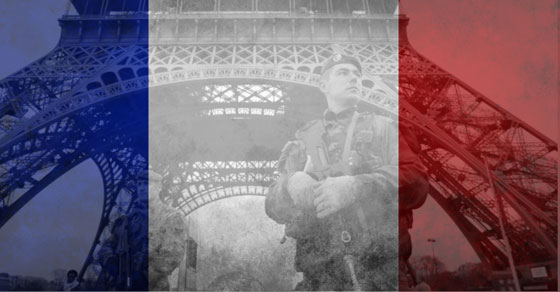 13th of November was a sad day not just for Paris but for the world when 129 people were mercilessly murdered in the Capital of France in what seems to be a coordinated attack by the ISIS spread over 6 locations. Of which, the worst one was when 87 young people were senselessly gunned down at a Rock Concert at the Bataclan Concert hall.

Outside of Paris, there has also been recorded Funeral bombing in Baghad, suicide bombing in Beirut and earthquakes both in Japan and Mexico. It was a sad day for us all as we lost a total of 115,200 lives in a short span of just 24hours.

With such dangers lurking around the world, is it still safe to travel? Should we still travel?

The short answer? Yes. Yes you should.

1) You would be supporting terrorism if you don’t

Terror groups such as the ISIS seek to strike fear in the hearts of people. When Thailand was struck by a bombing incident at their popular Erawan shrine in August 15 that killed 20 people and injure 125, tourist were canceling their flight plans to Bangkok and the Thailand tourism launched a campaign with the words “If you don’t come, the bad guys have already won“. By canceling your flight plan and refusing to travel, you are basically succumbing to terror threats and doing exactly what they wanted you to do. They would have won in watching countries and economies collapse, and you would have indirectly supported that.

Our heart goes out to the families of the 129 people that lost their lives in the Paris bombing. It was cruel, uncalled for and it was truly an outright senseless murder of those people. But statistically, there were 3,250 road traffic deaths in Paris in 2014 and 1.24 million reported road traffic deaths around the world in 2010. Whats your point? Point is, chances are, you are more likely to be hit by a car than you are being blasted by a bomb. You wouldn’t cancel your trip for fear of being hit by a car, why would you do so to give in to terrorism threats?

3) You only live once

The fact of the matter is this, we all have finite number of days on earth and we would all die someday. It’s for this very reason that our Singapore Travel Blog advocates articles such as 4 reasons you should quit your job and travel, why you should travel before 30 etc. Because one of the worst mistake people can make is to think that they always have time. We don’t. So instead of canceling your travel plans and being afraid, why not get out there, experience the world and live a life worth living. What makes you think that just by staying in your home country that nothing would ever happen there? Everything is so uncertain and life is uncertain. Personally for us, we would always want to live our lives to the fullest so when the time comes, regardless if it’s by terror attacks or road accidents, we would have no regrets knowing that we maximized our time we had on this earth.

And if you have still any doubt on whether you should change your travel plans cause of the recent Terror attacks, please spend just 1 min watching this very previous conversation between a father and his son about the attack:

Spread the love and share this article with everyone you know! Together we can defeat terrorism.