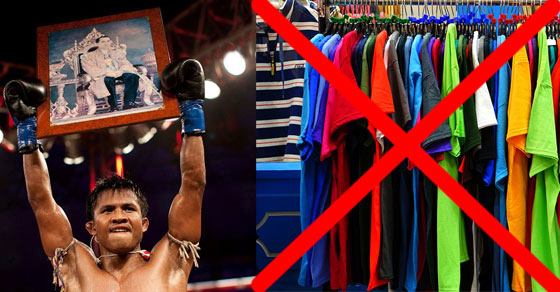 In all the countries our Singapore Food Blog and travel blog has been to, we have never seen a leader more adored by his people than the King of Thailand. He has in his life paved a better path for his people and has through his actions, gain the respect and love of the country. It is not uncommon to visit thailand and see rows of shop owners  willingly putting up pictures of their King in/around their shop. Muay Thai Legends like Buakaw Banchamek even carry a picture of him to his every fight. But on the 13th of Oct, it was with a deep heart that it was announced that their King has passed away.

With the passing of the longest reigning monarch, King Bhumibol Adulyadej, all of Thailand is mourning the loss of their beloved King. A notice to all fellow travelers traveling or have plans to travel to Thailand, do not be surprised if you the “Land of Smiles” isn’t quite as smiley when you visit during this period.

Thailand is now in a state of 30days national mourning and here are some things tourist & visitors should pay special attention to during this month. Some scheduled sports and or cultural activities and entertainment have either been postponed or cancelled, and there are strict guidelines issued on tolerable behavior when visiting Thailand. The Thai government is on a full crack down on people posting rudely remarks about the king on social media, both locally and internationally.

During this period, refrain from wearing bright, colorful or revealing apparels. Tourists are urged to carry themselves respectfully when in public and act in an orderly manner. Wherever possible, dress respectfully and do keep a lookout and be updated on the advices shared by local authorities. With that being said, popular beaches in the south, i.e Phuket, Phi Phi Island, Patong Beach etc are still open to public and swimwear has thus far remained acceptable.

A number of scheduled events such as concerts/entertainment activities have either been halted or postponed to a later date. Cultural and religious festivities have also been halted and all entertainment programs set to air on national TV have also been banned for the next month.
No major transportation service have been reported to be affected as of now. and banking, medical and government services and well as shopping malls are still in operations, albeit the increased likelihood of ad hoc closures or restrictions.

Some cultural festivities such as the annual buffalo races and Loi Krathong festival, have been suspended.

As the funeral rites are ongoing, the Grand Palace, seat of the royalty, and the sacred temple of the Emerald Buddha on its grounds are out of bounds to visitors until 21st October 2016. Most tourist sites and open air markets remain operational and open for visiting. But tourists are advised to check with the locals or news websites on its operational days in case of sudden and unexpected changes.

Lastly, the famed notorious nightlife and lurid go-go bars have all been either temporarily closed for operation, or are less hyped as the nation’s military ordered them to tone down on the popular nightlife. A few bars are reportedly still serving alcohol, but only allowed to play slow music during the initial 30-day mourning period and are to close by 1am.
Some other sports event such as the World Cup qualifier game with Thailand vs Australia may be moved. Also, Muay Thai matches in the Lumpini Boxing Stadium is closed from now till 15 November.

No matter how much you know about their king, as we always advocate, always try to follow their culture when visiting a foreign land. If a country is in mourning, we ask for tourist/visitors to be empathetic and not cause a stir. The last thing you want is finding yourself being in the situation like the 21 year old who got caught and sentenced to 15yrs of hard labor in North Korea for not abiding to the local laws.