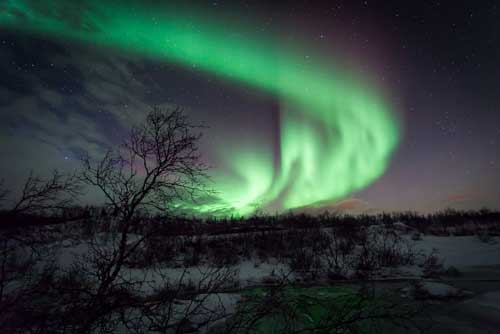 The best place to catch the northern lights

The northern lights are named after the Roman Goddess of Dawn Aurora. The phenomenon occurs when electrons from the solar wind collide in the atmosphere surrounding the North Pole.

Where’s the best place to see them? This is not very easy to answer. For starters, what does best mean to you?

What exactly is your ideal spot?

Auroras occur near the poles so the closer you are to the Poles, the better your view will be. Iceland and Northern Scandinavia are most popular because they are close to the North Pole. So without further ado, our Singapore Travel Blog recommends the best places on earth to see the Northern lights are;

Scientifically speaking, this is the absolute best place to view the auroras. It is a group of islands between Europe and the North Pole. Svalbard is actually so far north that you can see incredible aurora shows from November to February.

When there is a lot of geomagnetic activity, the auroras head south. So Svalbard is great because its, really far North, but it’s bad because it’s too far North. It’s also not too easy to get to as it is in the middle of the Arctic Ocean.

Most people come to Svalbard, not for the Northern lights but for the Polar Night. This happens between Mid November and January during which time there is no daylight.

Scientifically, again, the best places in Europe are Finland and Norway. These towns are on the same latitude as the aurora oval and all superb northern light destinations;

Utsjoki in Finland is your best bet as far as Scandinavia goes. This is because it’s cheap and it’s very north, but not too far north.

Nordkapp, specifically is the absolute best place in Europe as it is on the Northern most part of Europe. It’s super remote and difficult to get to though, so you probably won’t be able to get there but yes, on a clear night, the show is breathtaking.

Any town on the same latitude as the five mentioned above will get some aurora action. They will all get them.

If you live anywhere around there, you will definitely see the Northern lights at some point but your odds are much better and the show is much grander the further north you go.

Did you know that if the earth was flat we could all see the Northern lights but because its round, and we can’t see past corners, you have to head north.

Whichever town you pick, we wish you clear skies and lots of geomagnetic activity. Alternatively, if you stay nearer to the equator, perhaps the the Southern Lights Aurora Australis would be more accessible for you.

And to end this article off, we thought to show you a 4min time lapse of the Northern lights and all of it’s beauty to get you off your feet and start booking your trip next year.