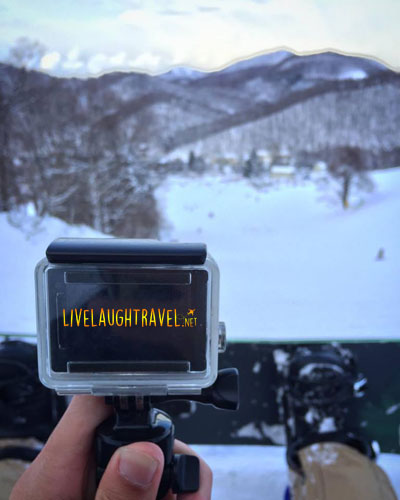 The people at GoPro are marketing geniuses. We’ve all seen those amazing GoPro videos of athletes doing all these amazing stuff online and documenting them with a GoPro. Hell, for some reason, every cool kid in the block seems to own one.

But as much as you want to, how should probably take the next 5 mins and read the following 5 reasons on why you really shouldn’t get a GoPro on impulse!

Calling a spade a spade, even though the GoPro is relatively smaller than most other cameras, it is still too bulky for one to fit into your pocket and you would most likely need a separate bag or compartment just to fit your GoPro. This inconvenience of having to lug an extra bag around would mean that chances are you would stop carrying the new GoPro you spent your Christmas bonus on within 6 months of getting it.

2. Not for Daily use

GoPro was designed and made to capture moments of importance and extreme activities such as diving, snowboarding etc. Coupled with the fact that it isn’t pocket friendly, in the long run, you would most likely stick to just using your phone for your daily selfies.

It’s easy to find tons of different GoPro videos from Surfing to Motorcross riding online. Over time, it leads us to think of the endless possibilities on the amount of different sports we are able to video if we could only get our hands on one. But while the Camera can take a variety of different extreme sports, it usually requires different mounts that are sold separately from the camera itself. For example, the mounts you used for diving would be different from those you use for cycling etc. This means that each time you plan to use your GoPro for a particular sport, chances are you would have to get a new mount for it.

Mounts are relatively expensive, but on top of that, if you look at the times that you actually use your GoPro, it actually amounts to quite a bit. A GoPro Hero 4 black goes for about $750. Taking into account that most people only use their GoPro on their travel and most people take an average of 3 trips per year, it sums up to a heft $250 per use and that’s excluding the cost of getting mounts which could easily cost $50 and above per piece!

When our Travel Blog got our GoPro Hero 3, it was GoPro’s top of the line Camera. We were cool and producing state of the art videos. But within literally months of our purchase, GoPro launched their Hero 4 and we quickly found our videos to be seemingly backdated and dull as compared to everyone elses. GoPro, like any other technological product, is constantly improving and upgrading. You might find yourself spending a huge sum getting a GoPro only to have to spend another sum months later to get a better one.

But the truth is this, as Barney Stinson would put it, “it’s not legendary unless your friends are there to see it” and we as humans want to document our best moments on tape to both show how awesome our life is and to look back on these amazing memories years on, and a GoPro would come in handy in times of Travel etc.

The good news is that other than buying, there are other ways to get your hands one!

When Rentsomethingleh first approached us, we immediately thought the whole Rental of GoPro idea was going to be a great hit as it solves most of the common problems GoPro users face these days.

Because of its size and lack of practicality in daily use, most users only use it in times of travel or if there’s a specific up and coming event. Renting a GoPro instead of buying one brings down your cost per use from $250/trip to just $8/day.

And instead of having to buy the latest models and all the different mounts for your different activities, you can simply rent the top of the line GoPros with mounts that are most applicable to your specific usage!

Because face it, how many times a year does an average Singaporean get to go snowboarding? Getting a mount and a GoPro just for your one trip seems rather impractical. You would most likely be better off splurging your Christmas Bonuses on the actual trip than on a camera you would barely use.

Here’s a video of our Singapore Travel Blog‘s recent snowboarding trip at Bankei, Hokkaido. Shot with GoPro Hero 4 Silver with both wrist mount and selfie stick from Rentsomethingleh.