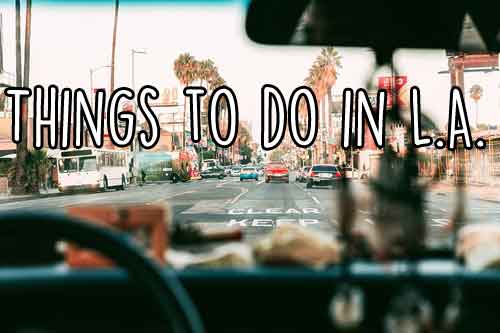 They say nobody knows a country like a local does, so this week, our Singapore travel blog have with us our Guest writer, Michelle from the United States who has written for multiple travel blogs to share with us some of the things to do in Los Angeles as recommended by a Local.

The City of Angels is one of the most diverse cities you’ll ever visit. The second largest city in United States after New York, Los Angeles sprawls and as a newcomer, you’ll want to take a moment to orient yourself. Enjoy one of the reasons Los Angeles is so famous, Hollywood. Or explore the variety and diversity of downtown, Los Angeles. Even though it is a big city, Los Angeles is located on the west coast and includes incredible Pacific seascapes.

Let’s begin with Hollywood Haunts. Movies, television, and music are at the core of the Los Angeles brand. Consider the Dolby Theater where the Oscars are held. It’s the closest thing Los Angeles has to Times Square in its sister city, New York. TLC Grauman’s Chinese Theater on Hollywood Blvd opened in 1927 and is now a cornerstone of Hollywood’s motion picture history. Don’t forget to wander the Boulevard itself to take in the internationally iconic Walk of Fame. This walk is lined with stars inscribed with celebrity names and hand prints. It’ll be tempting to look down so you don’t miss a star, but remember to look up too. The Hollywood sign is an important photo op and if you’re feeling adventurous, you can still hike to the sign for an incredible view on a clear day. While downtown, be sure to stop at the famous intersection, Sunset and Vine. It has been in countless movies and when you recount your experiences, it will be an important notable you won’t want to leave out. The Sunset Strip is a must see drive that will give you a snapshot of iconic Los Angeles cinematic history. Universal Studios is also home to cinematic experiences, amusement park rides, and sets of some of Hollywood’s most memorable technical achievements, such as Jaws and Backdraft. Musso and Franks is where you’ll want to dine and don’t be surprised if you see a few celebrities. This has been a classic dining experience since 1919 making it a longtime Hollywood fixture. 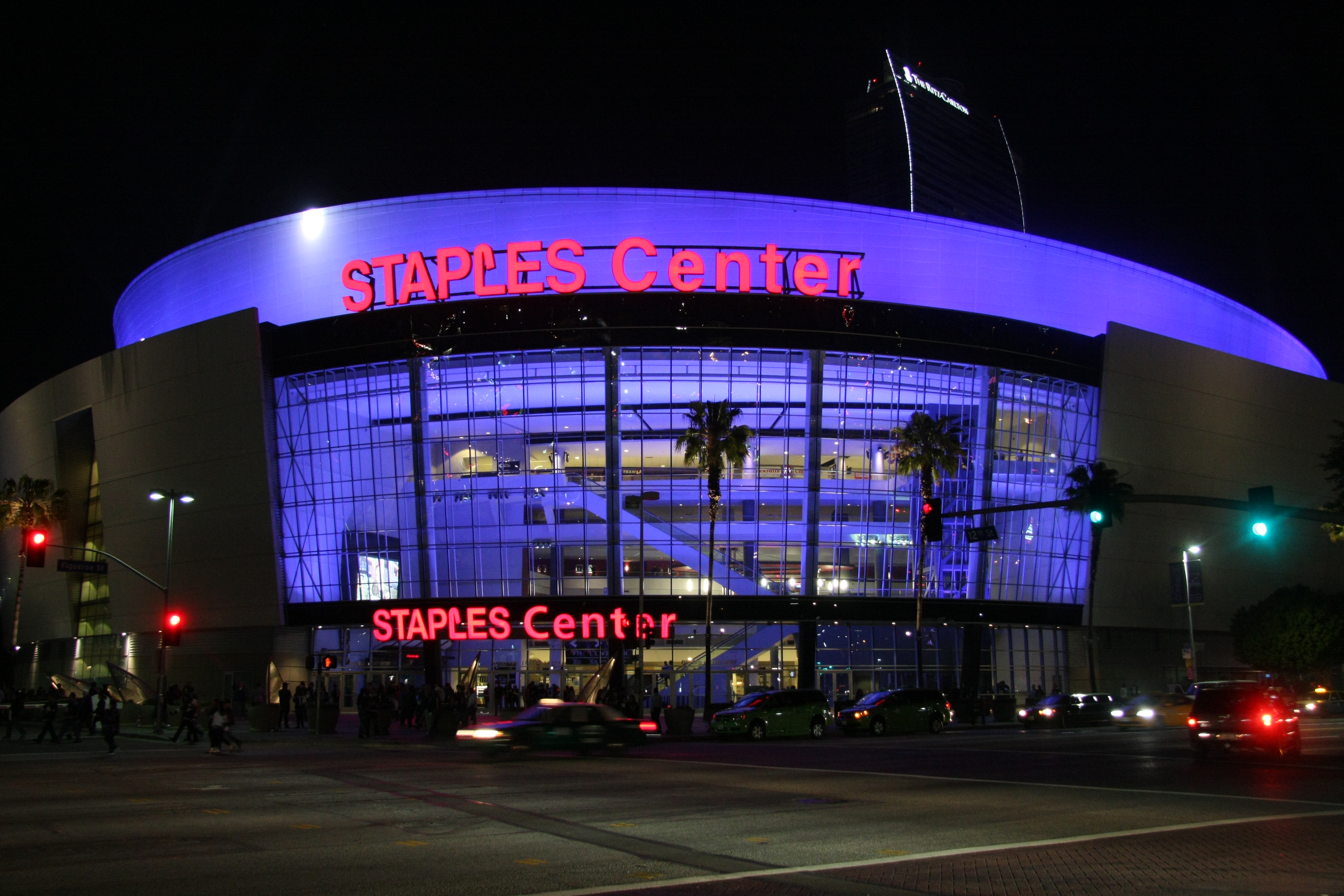 Explore downtown Los Angeles by starting your day at the Walt Disney Concert Hall, home to the LA Philharmonic. Dodger’s Stadium is located adjacent to downtown Los Angeles and if you can catch a game remember to order the classic Dodger Dog and a foam finger. You’ll also want to check out The Staples Center where the Lakers play, among others. Union Station on Alameda Street is a historic train station and features classic Californian old-Spanish style architecture and rose gardens. While on Alameda, you need to visit Olvera Street for some souvenir shopping and to view early Los Angeles historic landmarks as well as take in the rich Hispanic culture. There is also Little Tokyo, a district where you can shop Japanese markets, historic monuments, and enjoy authentic cuisine. 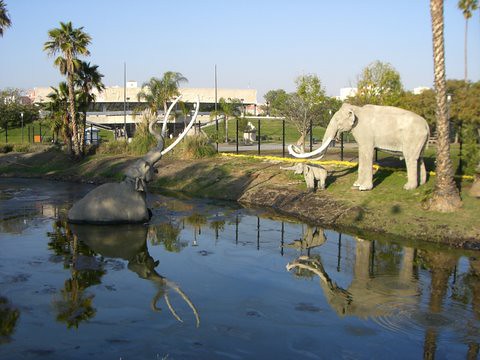 Located at the heart of Los Angeles are the La Brea Tar Pits, hundreds of bubbling tar pits that make up the world’s most famous paleontological excavation site. With over 100 ethnicities that make up the greater Los Angeles area, there is no shortage of restaurants and you won’t be disappointed by the variety. If you are already at the La Brea Tar Pits for the day, try Pink’s Hot Dogs (or Pinky’s, if you’re a local). Serving Angelinos for over 75 years, make time for the line because this is a rare family owned and operated iconic hot spot for locals and tourists alike. If you can’t stomach hot dogs, go to The Ivy. It’s an Los Angeles luncheon must and one of the best places for celebrity sightings. Afterwards, you can shop nearby at the infamous Rodeo Drive. As evening approaches, you’ll want to experience Los Angeles’s legendary nightlife at The Edison for their artisanal cocktails and original signature menu. Perhaps less well known, but a staple for locals is Roscoe’s House of Chicken and Waffles. Open until 4am, this is where you go for a final late night meal before collapsing from the Los Angeles nightlife exhaustion that often creeps up on newcomers.

Now it’s time for the great outdoors. The Pacific Coast Highway, also called PCH or The One, is a must drive. It’s even better if you have a convertible or a motor-cycle. Blessed with a Mediterranean climate, it’s hard to have a bad weather day along this iconic highway. Stop at the impressive Getty Center where you’ll take a tram ride to the entrance. You’ll enjoy European-American art as well as incredible city views.

The Pacific is breathtaking and there is nowhere better to take it in than the wide expansive beaches of Santa Monica Bay. Enjoy the Santa Monica Pier where you can ride the ferris wheel, enjoy shopping, stop in at the Aquarium, dine at your choice of restaurants, or just walk along the beach and enjoy the view of the Pacific as it meets the California foothills. If you haven’t had your fill of shopping, then stop nearby at the Third Street Promenade for a few blocks of mall shopping. From here, move on to Venice Beach where you can stroll scenic canals and immerse yourself in the bohemian beach-y lifestyle. Don’t skip muscle beach. This is where California’s most talented athletes work-out in full view. It’s a classic Los Angeles stop that owns a very proud piece of the city’s history. 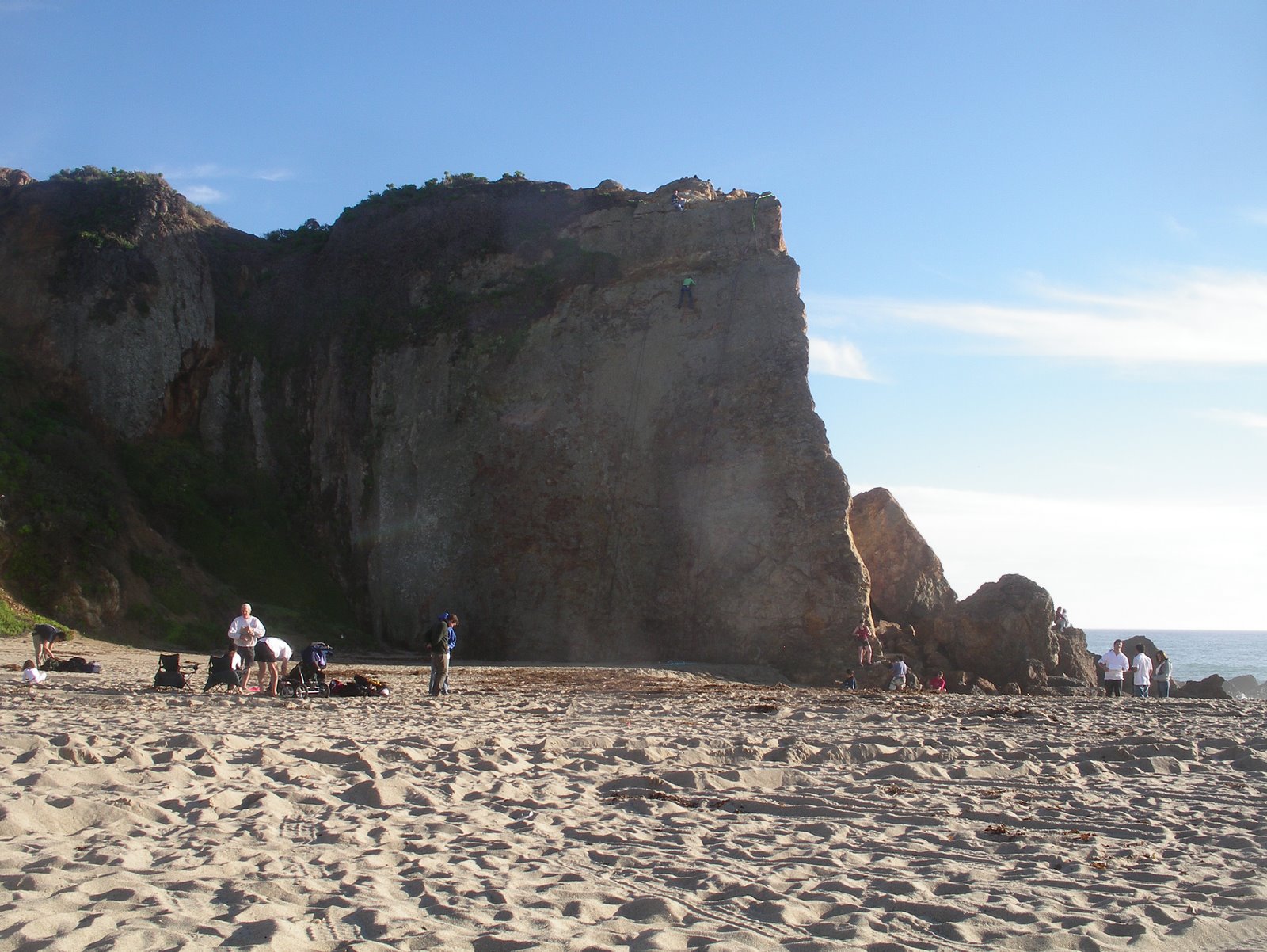 Your last stop should be Malibu. Considered the edge of Los Angeles, you’ll have your choice of hiking, sunning on Zuma beach, and stopping at the Annenberg Beach House. There is a stunning mix of celebrity villas next door to humble beach huts and at the Malibu limits you’ll stop at Malibu Rock for a photo op. Once you’ve seen it in person, you’ll recognize it in countless movies and magazine photo spreads. At some point, stop at Neptune’s Net, a Malibu landmark serving fresh seafood. This is a local hangout for a mix of patrons including surfers and motorcycle club regulars.

Los Angeles has so much to offer. You’ll need time, energy, and a voracious appetite. Enjoy Hollywood haunts and haute shops. Experience city life and beach communities. Hike the foothills and sun yourself on the Pacific. Whatever your preference, you’ll only leave wanting to come back for more.

Things to do in San Diego